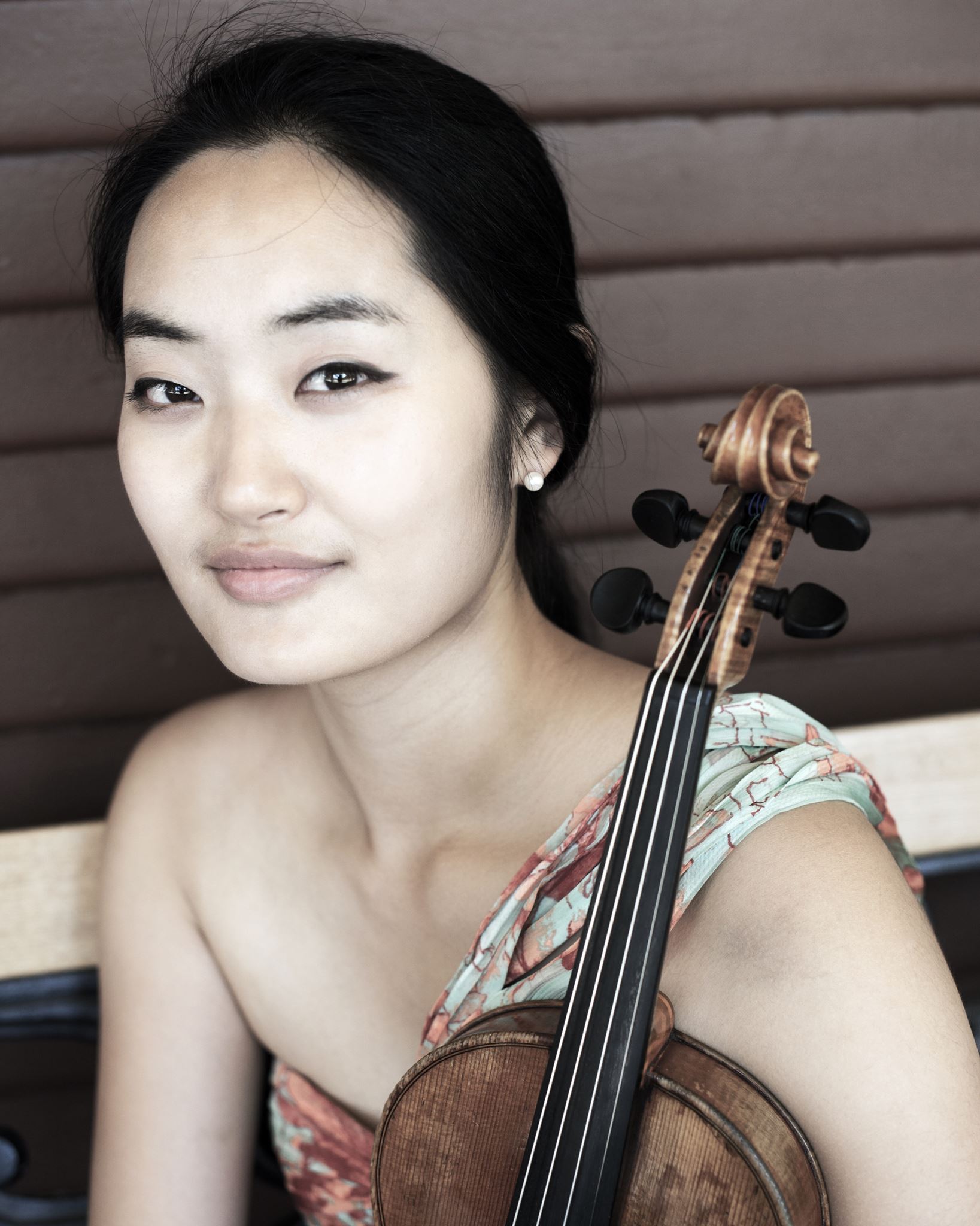 Born in Seoul, Korea in 1988, the violinist YuEun Kim is forging a significant international career. While performing extensively, Ms. Kim has won top prizes at the Korean Times Music Competition, Kumho Art Hall Recital Series Competition, Sungjung Competition, Music Education News Concours, and the Seoul High Schools Chamber Music Competition. Ms. Kim also received Second Prize at Joong Ang Music Concours in 2010. She was featured as a soloist with the SNU Philharmonic Orchestra (Seoul) in 2009, as well as the Incheon Philharmonic Orchestra in 2012. At the start of her venture into the international music scene, she was selected to be a semi-finalist in the 2012 International Violin Competition Buenos Aires.

Ms. Kim has been a junior member of the Chamber Music Society of Kumho Art Hall since 2010, and she has concertized around the world, including a performance at the Lincoln Center’s Alice Tully Hall. YuEun advocates for chamber music in a variety of settings, including smaller and more casual venues, where music has an especially intimate, powerful impact, such as The House Concert series and the Starlight Outreach Community Concerts, in her native Korea. She is also a founding member of the Zaffre String Quartet. Furthermore, Ms. Kim regularly participates in numerous music festivals, including Seoul Spring Festival-Fringe Festival, Seoul National University Chamber Music Festival, Costa Rica International Music Festival of Music4one, and Klangspuren Festival in Austria. YuEun Kim is also a dedicated painter and photographer, whose living space is a virtual darkroom, her various forms of artistic expression deepening each other.

Having earned her Bachelor’s and a Master’s degree in violin performance from the prestigious Seoul National University, Ms. Kim is presently working towards her Artist Diploma, as a Starling Fellow on full scholarship at the USC-Thornton School of Music, under the tutelage of world-renowned violinist Midori Goto.

Since moving to Los Angeles in the fall of 2013, Ms Kim has been actively performing in the area, including recitals at the Pasadena City College, Pasadena Presbyterian Church, Palos Verdes Library, and the Nixon Presidential Library. She has won first place in USC’s Solo Bach Competition and the Strings Concerto Competition, and was a semi-finalist at the China International Violin Competition and the Michael Hill International Violin Competition. Ms Kim’s forthcoming engagements include performing at Yellow Barn (Putney, VT), and appearing as a soloist with the USC Symphony Orchestra and Symphony Irvine in 2015. She has recently won the auditions for “Beverly Hills National Audition” and “Sundays Live at LACMA” (Los Angeles County Museum of Art), opening doors to numerous programs in the following years.