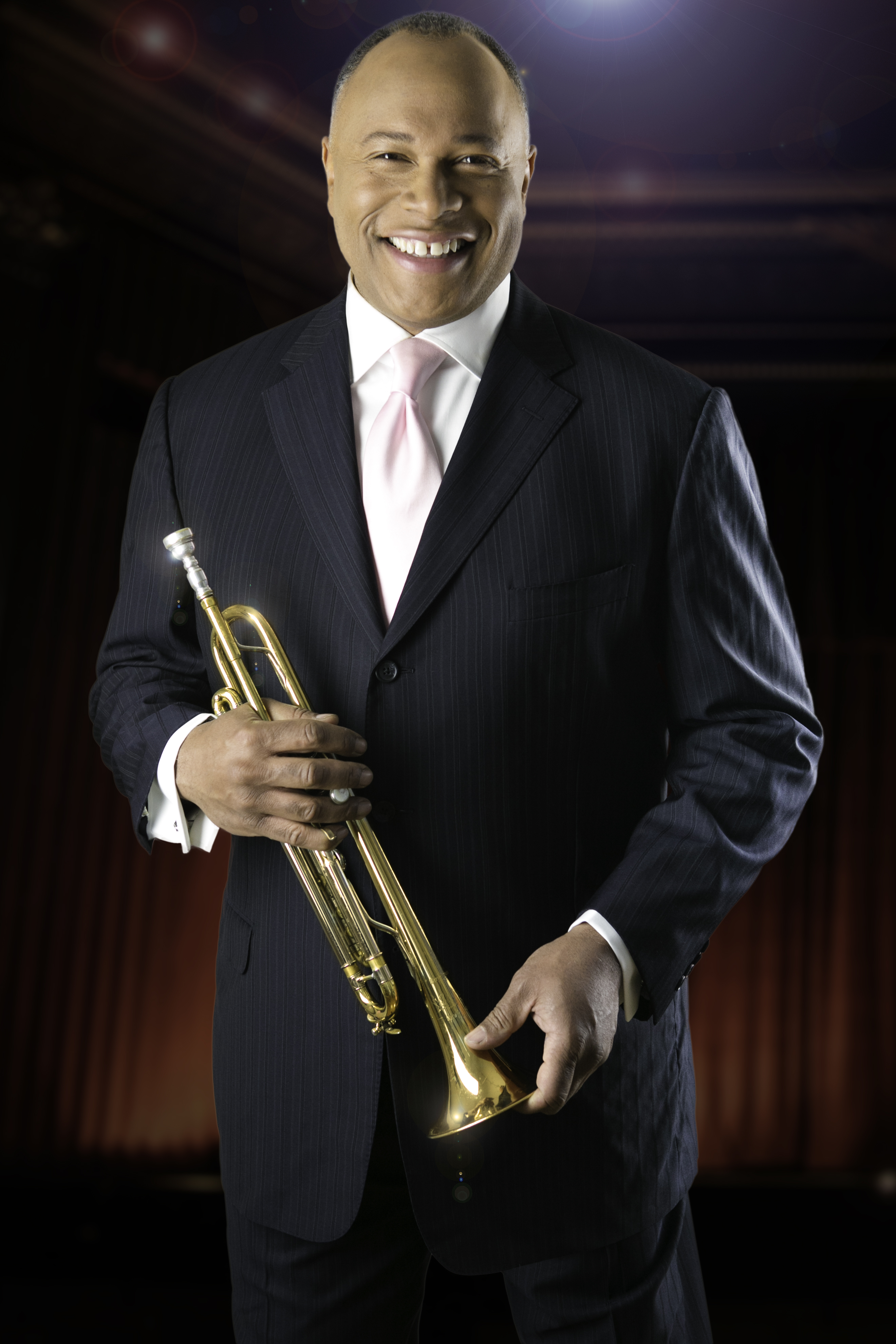 With a contagious smile and captivating charm, trumpet virtuoso, Byron Stripling, has ignited audiences internationally. As soloist with the Boston Pops Orchestra, Stripling has performed frequently under the baton of Keith Lockhart, as well as being featured soloist on the PBS television special, Evening at Pops, with conductors John Williams and Mr. Lockhart. Currently, Stripling serves as artistic director and Conductor of the highly acclaimed Columbus Jazz Orchestra. Since his Carnegie Hall debut with Skitch Henderson and the New York Pops, Stripling has become a pops orchestra favorite throughout the country, soloing with Boston Pops, National Symphony, Pittsburgh Symphony, Cincinnati Pops, Seattle Symphony, Baltimore Symphony, Dallas Symphony, Minnesota Orchestra, Detroit Symphony, Vancouver Symphony, Toronto Symphony, and Dallas Symphony, to name a few. He has been a featured soloist at the Hollywood Bowl and performs at jazz festivals throughout the world.

An accomplished actor and singer, Mr. Stripling was chosen, following a worldwide search, to star in the lead role of the Broadway bound musical, Satchmo. Many will remember his featured cameo performance in the television movie, The Young Indiana Jones Chronicles, and his critically acclaimed virtuoso trumpet and riotous comedic performance in the 42nd Street production of From Second Avenue to Broadway. Television viewers have enjoyed his work as soloist on the worldwide telecast of The GRAMMY Awards. Millions have heard his trumpet and voice on television commercials, TV theme songs including 20/20, CNN, and soundtracks of favorite movies.

Mr. Stripling earned his stripes as lead trumpeter and soloist with the Count Basie Orchestra under the direction of Thad Jones and Frank Foster. He has also played and recorded extensively with the bands of Dizzy Gillespie, Woody Herman, Dave Brubeck, Lionel Hampton, Clark Terry, Louis Bellson, and Buck Clayton in addition to The Lincoln Center Jazz Orchestra, The Carnegie Hall Jazz Band, and The GRP All Star Big Band. Mr. Stripling enjoys conducting seminars and master classes at colleges, universities, conservatories, and high schools. His informative talks, combined with his incomparable wit and charm, make him a favorite guest speaker to groups of all ages. Mr. Stripling was educated at the Eastman School of Music in Rochester, New York and the Interlochen Arts Academy in Interlochen, Michigan. One of his greatest joys is to periodically return to Eastman and Interlochen as a special guest lecturer.

A resident of Ohio, Mr. Stripling lives in the country with his wife, former dancer, writer and poet, Alexis and their two beautiful daughters.