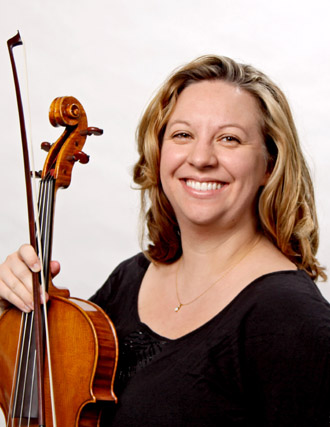 Colleen has attended various music festivals including Aspen, Sarasota, and Round Top and was selected as a performer with the Music at Menlo Institute, where her performances were broadcast on Minnesota Public Radio. She was also selected to perform Aaron Copland’s original 13 instrument version of Appalachian Spring at Carnegie Hall, under the direction of Michael Tilson Thomas.

Colleen received both her Bachelor and Master’s degrees from the Cleveland Institute of Music, studying with Jeffrey Irvine and Lynne Ramsey. Aside from performing, Colleen enjoys teaching, sewing and taking care of her rescue dog, Thomas.