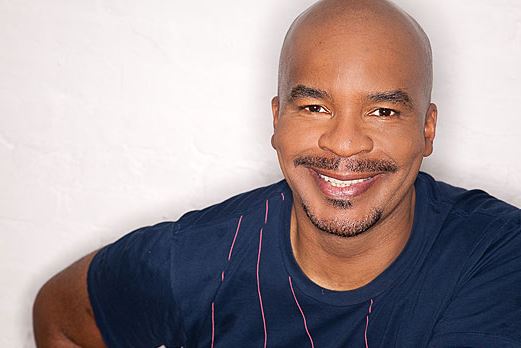 Countless theater, television, film and comedic endeavors have pushed David Alan Grier’s career to remarkable heights and his ability to excel across all mediums and contexts is a testament to his inherent sense of comic timing and creative drive. The three-time Tony and GRAMMY Award nominee was trained in Shakespeare at Yale where he received an MFA from the Yale School of Drama. Grier has enjoyed many accolades and awards throughout his career, not the least of which was his inclusion on Comedy Central’s list of the “100 Greatest Stand-Ups of All Time.”

On the big screen, David Alan Grier was recently seen starring in PEEPLES, produced by Tyler Perry, opposite Kerry Washington and Craig Robinson. Grier made his film debut in STREAMERS (1983), directed by Robert Altman for which he won the Golden Lion for Best Actor at the Venice Film Festival. He also appeared in the Wayans Brothers’ spoof movie DANCE FLICK (2009).

Grier’s television work is highlighted by a turn as principal cast member on the Emmy Award winning In Living Color (1990–1994) where he helped to create some of the show’s most memorable characters, DAG (2000–2001) and Life with Bonnie (2003) which earned an Image and Golden Satellite nomination. David created, wrote and executive produced a show for Comedy Central called Chocolate News (2008). Last fall, David starred in THE WATSONS GO TO BIRMINGHAM, a Hallmark Channel adaptation of Paul Curtis’ 1996 Newbery Award-winning novel by the same name. Grier recently wrapped shooting a starring role as ‘Principal Carl Gaines’ in a new series for CBS, Bad Teacher.

Grier began his professional career on Broadway as Jackie Robinson in The First, for which he earned a Tony Award nomination for Best Featured Actor in a Musical and won the Theatre World Award (1981). He then joined the cast of Dreamgirls before going on to star opposite Denzel Washington in A Soldier’s Play, for which both actors reprised their roles in the film adaptation, A SOLDIER’S STORY (1984).