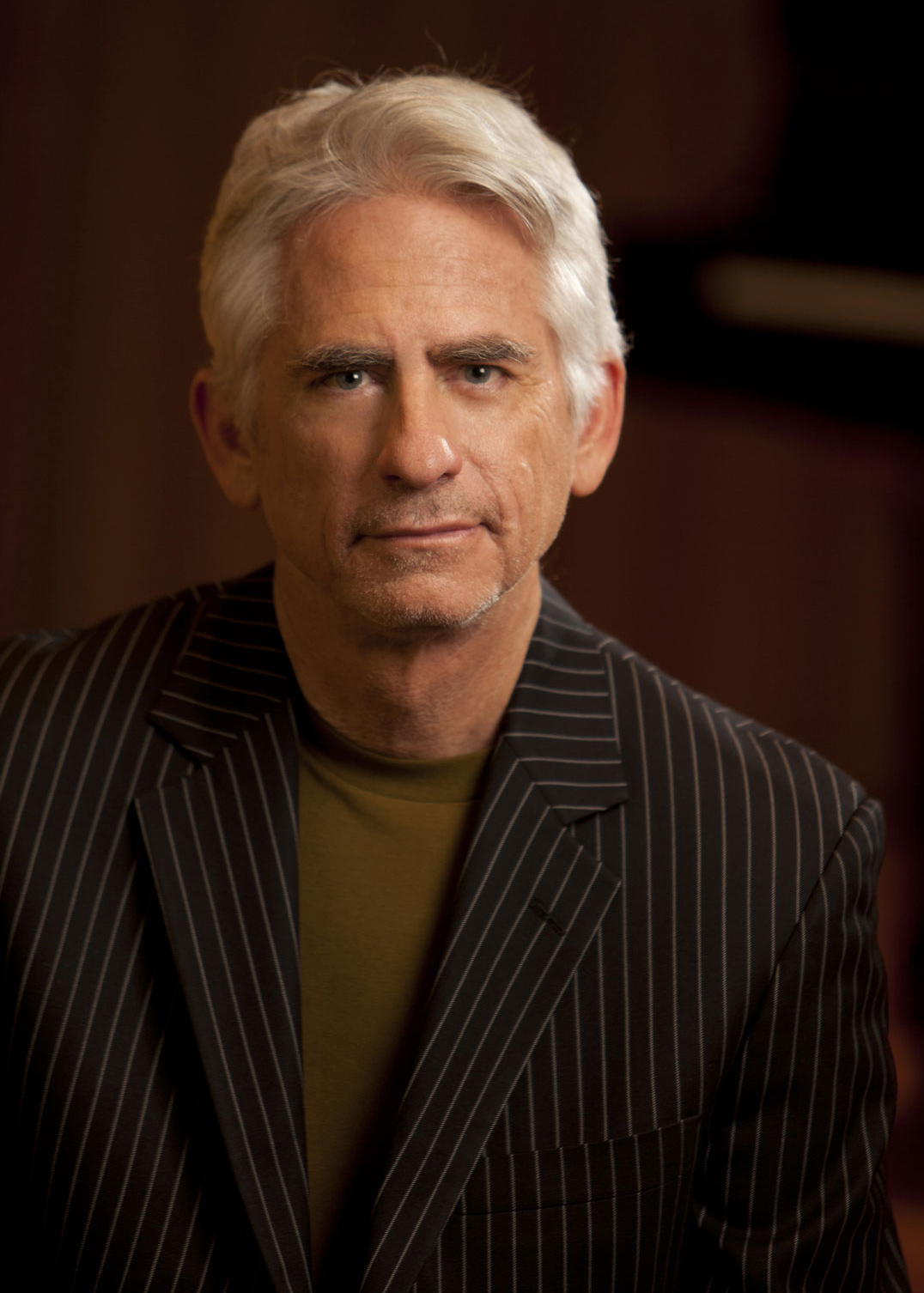 For three decades, the GRAMMY®-nominated pianist/composer/ arranger David Benoit has reigned supreme as one the founding fathers of contemporary jazz. But, like an actor who has been known primarily for one role, he wanted to show other dimensions of his artistry, influenced by Stephen Sondheim, Burt Bacharach, Dave Grusin and Leonard Bernstein.

“I’ve done records where I had a token vocal tune, all the way back to my first album,” Benoit says. “But I never did an entire record [with vocals]. So the thought here was to do something really different.”

The result is Benoit’s thirty-fifth recording as a leader and his first with a vocalist. 2 In Love, set for release on June 16, 2015 via Concord Records, features Jane Monheit, the GRAMMY®- nominated, cool-toned chanteuse from New York, who burst on the scene in 1998 as the first runner-up in the Thelonious Monk International Vocalist Competition.

“Concord suggested Jane Monheit,” Benoit says. “She was the perfect vocalist. I like to make records a certain way: I prefer to go in live and record it all at once. And a lot of vocalists can’t do that: they need to edit, fix and use auto-tune. But Jane doesn’t need to do any of those things. Many of the keys were difficult, but she sang everything live. Jane also has a background in Broadway, which is another part of my lexicon that I’ve not explored. She was up to the task and easy to work with. She made it a complete, perfect package.”

Along with Monheit, Benoit also enlisted the help of three lyricists: Mark Winkler, Lorraine Feather and Spencer Day. “Mark is my long-time collaborator,” says Benoit. “And I’ve known Lorraine (daughter of jazz critic Leonard Feather) for thirty-five years. Then, there’s Spencer Day: I was really impressed with him. What a nice, young man and fantastic singer. He brought some new blood to the table.” This terrific triad breathed lyrical life into Benoit’s songs and helped showcase Monheit’s considerable skills as an interpreter. “I met them all,” she says. “They did great work and made it very, very easy for me to do my job.”

Supported by an alternating rhythm section featuring drummers Jamey Tate and Clayton Cameron, percussionist Lauren Kosty, guitarist Pat Kelley and bassists David Hughes and John Clayton (of the Clayton Brothers), Benoit and Monheit swing and sing on ten tracks imbued with, to use Duke Ellington’s elegant phrase, “the feeling of jazz” in ballad, mid-tempo, neo- classical-, Latin-, pop- and Broadway-styled genres that range from the bossa nova-buoyed title track to the optimistic, piano-driven “Love Will Light the Way.” Violinist Michelle Suh and cellist Cathy Biagini add their impressionistic airs to the waltz “Dragonfly,” the evocative, 5/4 time-signatured “Something’s Gotta Give” – originally from a play co-written by Benoit and Winkler about Marilyn Monroe – and “The Songs We Sang,” a beautiful melancholy ballad, originally titled “Out of Tune,” about a couple that wrote hit songs and are trying to reignite their magic.

On the ebullient “Fly Away,” Monheit flexes her considerable vocal muscles. “I had a really great time wailing on that one,” she says, “because it’s a style of music that I don’t often get to sing.”

“Barcelona Nights,” is pulsed by an infectious Latin groove, which was inspired by a visit to Spain by Benoit and his wife. “I talked to Lorraine about it,” Benoit says, “and she came up with a beautiful lyric.” On the Pat Metheny-esque “Love in Hyde,” which was previously published under the title “A Moment in Hyde Park,” Benoit showcases his spirited piano prowess. “I recorded it on my second album, Life Is Like a Samba, with a big orchestra. And I always wanted to redo it,” he says. The album concludes a heartfelt solo piano performance of “Love Theme from Candide”/”Send in the Clowns,” by Leonard Bernstein and Stephen Sondheim, dedicated to the memory of Benoit’s mother, Betty June Benoit (1929–1997).

“Those were my mom’s two favorite songs,” Benoit says. “My friend David Pack (who started the group Ambrosia) introduced me to Lenny, and we worked on a benefit concert at Carnegie Hall. I got to know him a bit. So it was always my destiny to do something with “Candide.” And I felt it would make a nice segue into “Send in the Clowns.”

In addition to his obvious skills as a soloist, 2 In Love also highlights Benoit’s overlooked gifts as an accompanist. “He’s a wonderful piano player,” says Monheit. “He has a great understanding of singers, and that makes him a very good accompanist.” When he was coming up, Benoit worked with singers Patti Austin, Connie Stevens, and Ann-Margaret. But he credits Lainie Kazan as his biggest influence in the fine art of vocal accompaniment. “I was twenty-one when I started with her,” he says. “She literally taught me how to accompany singers.”

Benoit’s work with singers is but one more intriguing aspect of his multi-talented musicianship. He was born in Bakersfield, California, and grew up in Los Angeles. Benoit was bitten by the jazz bug after watching a Charlie Brown special on television and listening to the music of Vince Guaraldi in 1965. “I was already a fan of the comic strip,” he says, “but when I heard that jazz piano trio, that was the defining moment when I decided that I wanted to play like Vince Guaraldi.”

At the age of thirteen, Benoit studied privately with pianist Marya Cressy Wright and continued his training with Abraham Fraser, who was the pianist for famed conductor Arturo Toscanini. He also studied music theory and composition, and later studied orchestration with Donald Nelligan at El Camino Junior College and film scoring from Donald Ray at UCLA. He studied conducting from Heiichiro Ohyama, assistant conductor of the L.A. Philharmonic, and furthered his musical education with Jan Robertson, head of the conducting department at UCLA, and UC Santa Barbara symphony orchestra music director Jeffrey Schindler.

After working with Lainie Kazan as her musical director/conductor in 1976, Benoit released albums on the AVI label from 1977 to 1984. He later released several chart-topping recordings for GRP, including Freedom at Midnight (1987), Waiting for Spring (1989) and Shadows (1991), which both topped Billboard’s Contemporary Jazz Charts at #5, #1, and #2, respectively. His other noteworthy recordings include Letter to Evan (1992), his tribute to another piano influence, Bill Evans, and Here’s to You, Charlie Brown: Fifty Great Years (2000). Benoit also recorded with Russ Freeman on their album The Benoit/Freeman Project (1994), and on their follow-up collaboration, 2 (2004), which was released on Peak Records. His other recordings for the label include American Landscape (1997) and Orchestral Stories (2005), which featured his first piano concerto, “The Centaur and the Sphinx,” and a symphonic work, “Kobe.”. In 2012, he released Conversation on Concord’s Heads Up International imprint.

Benoit’s film scores include The Stars Fell on Henrietta (1995), produced by Clint Eastwood, and The Christmas Tree, produced by Sally Field, which was voted Best Score of 1996 by Film Score Monthly. He has served as conductor with a wide range of symphonies including the Los Angeles Philharmonic, Asia America Symphony Orchestra and the London Symphony Orchestra. A long-time guest educator with the Mr. Holland’s Opus Foundation, he received that organization’s Excellence in Music Award in 2001. His musical selections have been featured on The Weather Channel and his version of Vince Guaraldi’s “Cast Your Fate to the Wind” is included on compilation The Weather Channel Presents: Smooth Jazz 11 (2008). Benoit also currently hosts a morning radio show on KKJZ 88.1 FM in Long Beach, CA.