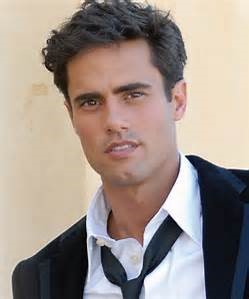 David Burnham is now on the West Coast filming a new reality television show between his concert performances throughout North America. Your audience will remember David who played Fiyero in the Broadway production of Wicked for three years, and created the role in the original Los Angeles workshop and productions.

David was a member of the original Broadway cast of the 6-time Tony Award winning musical The Light in the Piazza, performing on both the Tony Awards on CBS and was featured on the PBS telecast Live From Lincoln Center.

David tours with five thrilling theatrical concert events including Mostly Broadway, Broadway Love Songs, Holiday shows and more! On film, David was the voice of the Prince in the Warner Bros. animated feature The King & I, and can also be heard as “Willy” in Disney’s Home On The Range. Recordings include the soundtracks to Ghepetto, The King & I, and Home on the Range. Also, the recordings Strouse, Schwartz, & Schwartz and Lerner, Loewe, and Lane. His voice was also recently featured on South Park.

David was the 2007 recipient of the prestigious “Helen Hayes Award” for best actor as well as the 2007 best actor “Garland Award” for his portrayal of Fabrizio Nacarelli in the national tour of The Light In The Piazza.

David first gained critical acclaim when, after a two-year search, he was chosen to replace Donny Osmond in the national tour of Andrew Lloyd Webber’s Joseph and the Amazing Technicolor Dreamcoat (Dramalogue Award) a role which he has subsequently played four more times in productions all over the country.

At Boston’s North Shore Music Theatre, he created the role of Tom in the new musical Tom Jones as well as the role of Billy (opposite Maureen McGovern) in the new musical Letters from ‘Nam, a role which he reprised at The Kennedy Center and Seattle’s Village Theatre. In Chicago, he originated the role of Charlie in the world premiere of Peggy Sue Got Married, after touring the country as Peter in the national tour of Jesus Christ Superstar (opposite Ted Neeley).

Other stage productions include the Los Angeles premiere of The Road Theatre production of The Woman In Black (the Actor) directed by Ken Sawyer, Assassins (John Hinckley) at Reprise – with members of the original Broadway cast, Children of Eden (Caine – Robby Award) at Musical Theatre West, Godspell (Jesus) at the St. Louis MUNY, and Pirates of Penzance (Fredrick) at The Sacramento Music Circus.