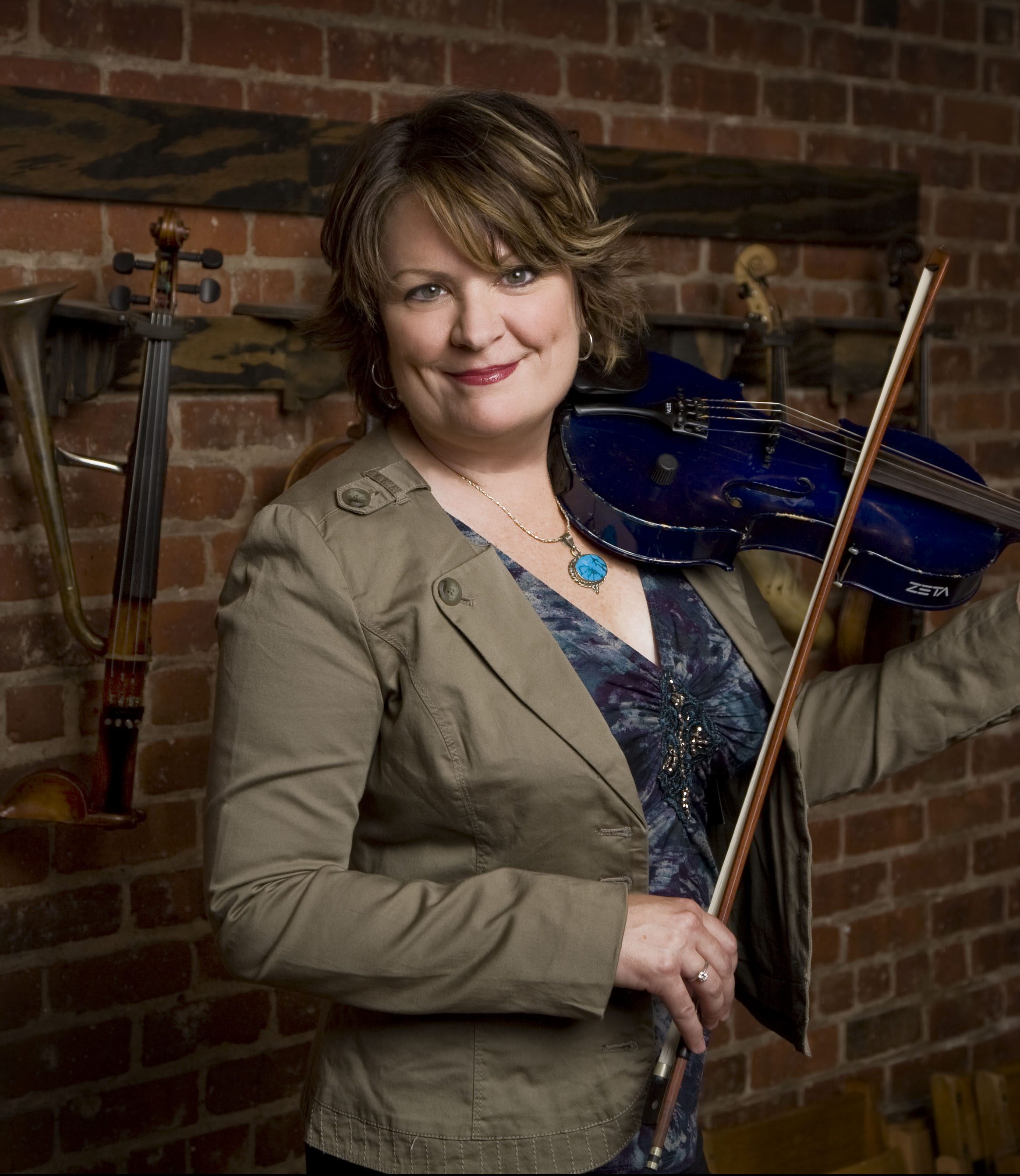 Fiddler Eileen Ivers will change the way you think about the violin.

She’s been hailed as “a sensation” by Billboard magazine, “a virtuoso” by The Irish Times, “the Jimi Hendrix of the violin” by The New York Times and “the future of the Celtic fiddle” by The Washington Post. Eileen Ivers has firmly established herself as the pre-eminent exponent of the Irish fiddle in the world today. Her long list of accomplishments includes a GRAMMY award, Emmy nomination and headline performances with the London Symphony Orchestra, Boston Pops and over 40 orchestras across the world. Eileen is the original musical star of Riverdance, a founding member of Cherish the Ladies and a Nine Time All-Ireland Fiddle Champion. Ivers has guest starred with Sting, Hall and Oates, The Chieftains, ‘Fiddlers 3’ with Nadja Salerno-Sonnenberg and Regina Carter, Patti Smith, Al Di Meola and Steve Gadd, performed on the soundtrack for Gangs of New York and played for Presidents and Royalty around the world.

It is a rare and select grade of spectacular artists whose work is so boldly imaginative and clearly virtuosic that it alters the medium. It has been said that the task of respectfully exploring the traditions and progression of the Celtic fiddle is quite literally on Eileen Ivers’ shoulders. The Washington Post states, “She suggests the future of the Celtic fiddle.” “She electrifies the crowd with a dazzling show of virtuoso playing,” says The Irish Times. Ivers’ recording credits include over 80 contemporary and traditional albums and numerous movie scores. Eileen is hailed as one of the great innovators and pioneers in the Celtic and World music genres.

The daughter of Irish immigrants, Eileen Ivers grew up in the culturally diverse neighborhood of the Bronx, New York. Rooted in Irish traditional music since the age of eight, Eileen proceeded to win nine All-Ireland fiddle championships, a tenth on tenor banjo and over 30 championship medals, making her one of the most awarded persons ever to compete in these prestigious competitions.

Being an Irish-American, the intrigue of learning more about the multicultural sounds of her childhood took hold. After graduating magna cum laude in Mathematics from Iona College and while continuing her post-graduate work in Mathematics, Eileen fully immersed herself in the different genres of music which she experienced growing up in New York. Perhaps it was the mathematical mind coupled with her passion for seeking parallels in certain traditional music styles which contributed to what has become the signature sound featured in much of Eileen’s recordings. Eileen currently has focused on highlighting the Celtic foundation of American roots music, from Bluegrass and Country to French Canadian and Cajun music.

Eileen and her ensemble headline prestigious performing arts centers, a guest star with numerous symphonies, performs at major festivals worldwide and has appeared on national and international television. The L.A. Times proclaims, “Ivers’ presentation was music with the kind of life and spirit that come together when talented artists from different backgrounds find the linkages that connect all forms of music…no wonder the audience loved every minute.”

“Eileen Ivers is a consummate artist, and one of the most innovative of today’s Celtic musicians. Her obvious joy and sincerity in performing make her an audience favorite, and her skill and collegiality should make her a favorite with any orchestra fortunate enough to engage her.” – Keith Lockhart, Conductor, The Boston Pops Orchestra

“Eileen Ivers gave one of the most exciting Pops concerts for the Portland Symphony Orchestra. The audience, the orchestra players and I were glued to her breathless virtuoso fiddle performance. The audience refused to let the musicians go off the stage. The message to other symphony orchestras: You must bring Eileen Ivers to your community!” – Toshiyuki Shimada, Music Director and Conductor, Portland Symphony Orchestra

“Having her on your Pops series is a guaranteed grand slam! Don’t miss out!” – Dennis Alves, Director of Artistic Programming, Boston Pops “Nobody does it better than Eileen Ivers. Not only does the orchestra savor her musicianship and professionalism, but, she never misses to bring a pops audience to its feet with thunderous ovations.” – Marvin Hamlisch, National Symphony, and Pittsburgh Symphony Principal Pops Conductor