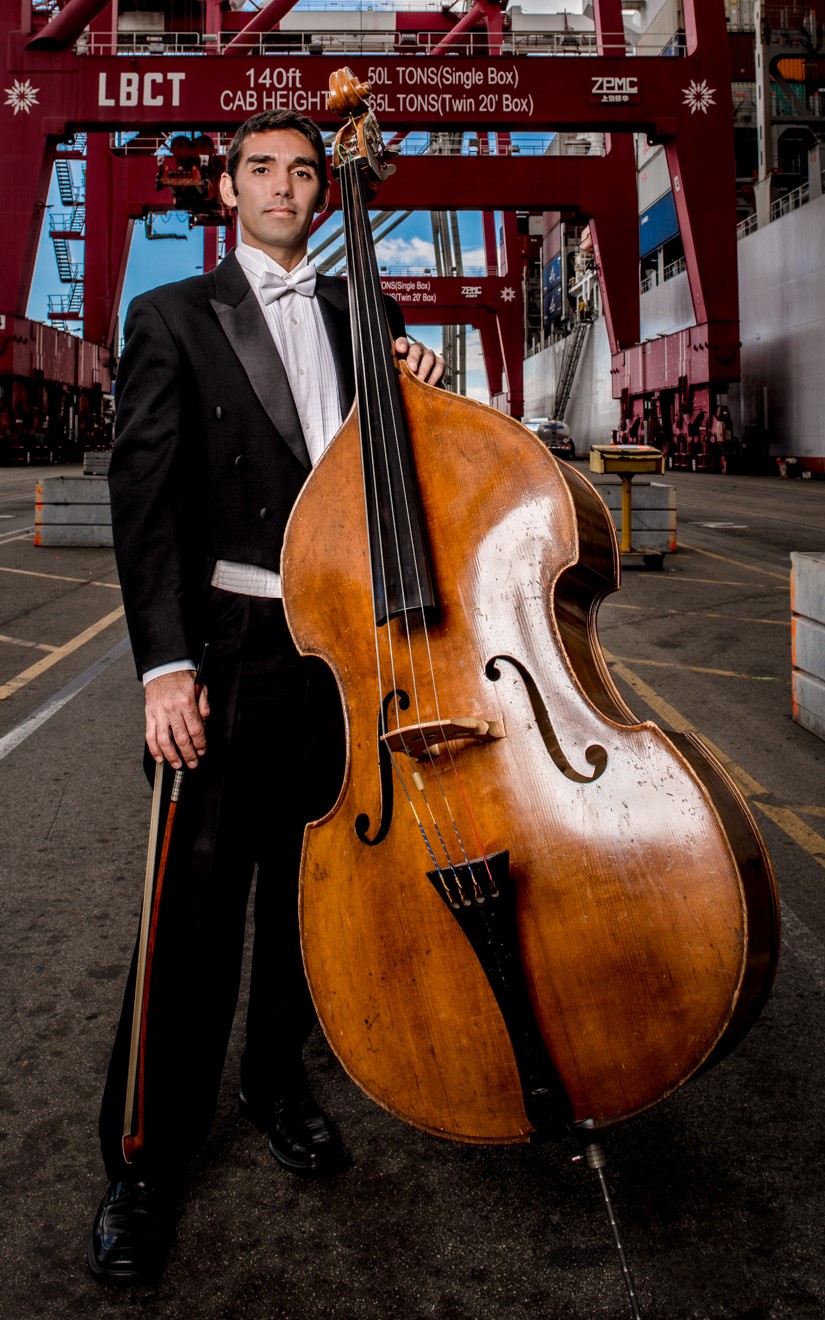 FRANK MARINO began his childhood education studying piano and violin in his native San Diego. By the year 1990, he had taken up string bass in the orchestra because he didn’t want to carry his violin to school everyday. Since then, Frank has been carrying his bass to rehearsals, lessons and festivals throughout California and across the country. He has studied with Gunner Biggs, Clifton Swanson, Paul Ellison, and Nico Abondolo, attended such festivals as the Music Academy of the West, the Aspen Music Festival, and the Summer Festival in Catania, Italy, and earned a Master’s degree from the University of Southern California in 2005. Today Frank enjoys teaching music lessons and performing with various ensembles in Los Angeles County, and he loves the Long Beach Symphony.