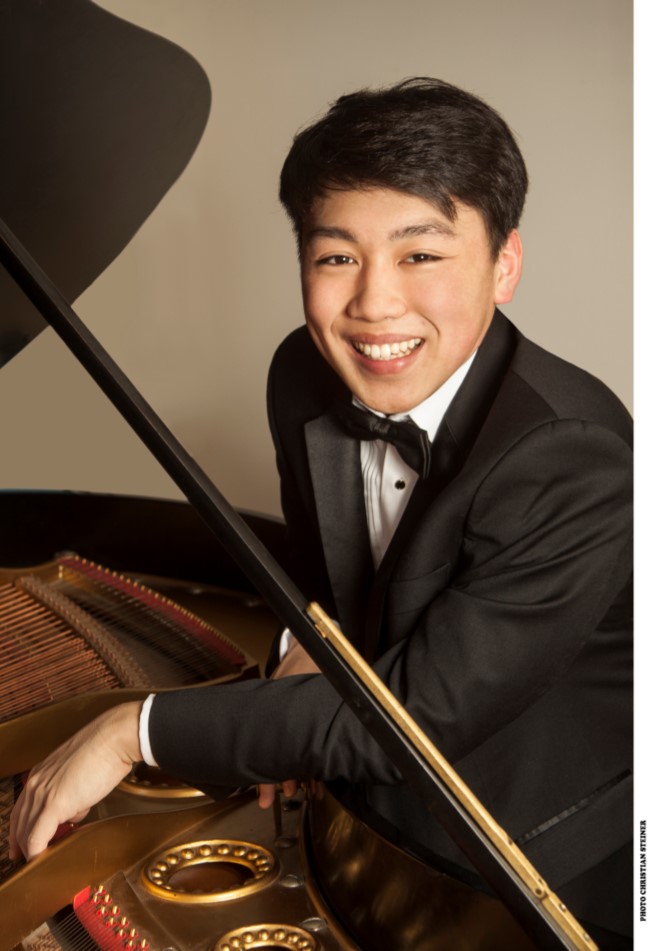 In addition to winning the Grand Prix Animato Piano Competition (with the Schumann Prize, the Brahms Prize and the Audience Prize) in December 2014, George won third prize in the 2015 US Chopin Competition, and second prize in the 2014 Vendome Prize. In 2012, George received the prestigious Gilmore Young Artist Award, becoming its youngest recipient.  With his exceptional musical gifts being recognized by Alfred Brendel, Dimitri Bashkirov, and Menahem Pressler, George was the winner of the Tabor Foundation Piano Award at the 2012 Verbier Academy.  In 2010, George won first prize in the prestigious Young Concert Artists International audition and since that time has been under management of the YCA. In 2010 he also won first prize at the Inaugural Cooper International Piano Competition. In 2008 George won second prize at the Gina Bachauer International Piano Junior Artist Competition.  In 2011 George performed at a State dinner for President Obama and German Chancellor Angela Merkel at the White House.

George is also an enthusiastic chamber musician.  Since the age of 9 George has regularly performed in chamber music concerts, with repertoire ranging from Haydn to Beethoven, Brahms, Shostakovich, and Bolcom. As a member of the Vivace Trio, George performed for members of the US Congress on Capitol Hill. He has also played chamber music concerts with The Boston Trio and in the Winsor Chamber Music Series.

George has frequently been featured as guest artist on National Public Radio (WGBH).  He also appeared on CBS TV (the Liz Walker Show and the Martha Stewart Show).  At the age of 11, George performed at Carnegie Hall as a featured pianist in the TV series produced by From the Top.  George has participated in numerous world-renowned summer festivals including the Verbier Academy (Switzerland), the Miami International Piano Festival, the Southeastern Piano Festival, and the Gilmore Keyboard Festival.  He has had master classes with renowned pianists Alfred Brendel, Emmanuel Ax, and Richard Goode.

A resident of Lexington, Massachusetts, George Li graduated from Walnut Hill School for the Arts and the Preparatory School of New England Conservatory, where he studied piano with Ms. Wha Kyung Byun (卞和暻).  George’s previous piano teachers include Mrs. Dorothy Shi (杨镜钏) [from the ages of 4 to 12] and Mr. Chengzong Yin (殷承宗) [ages 7 to 12].