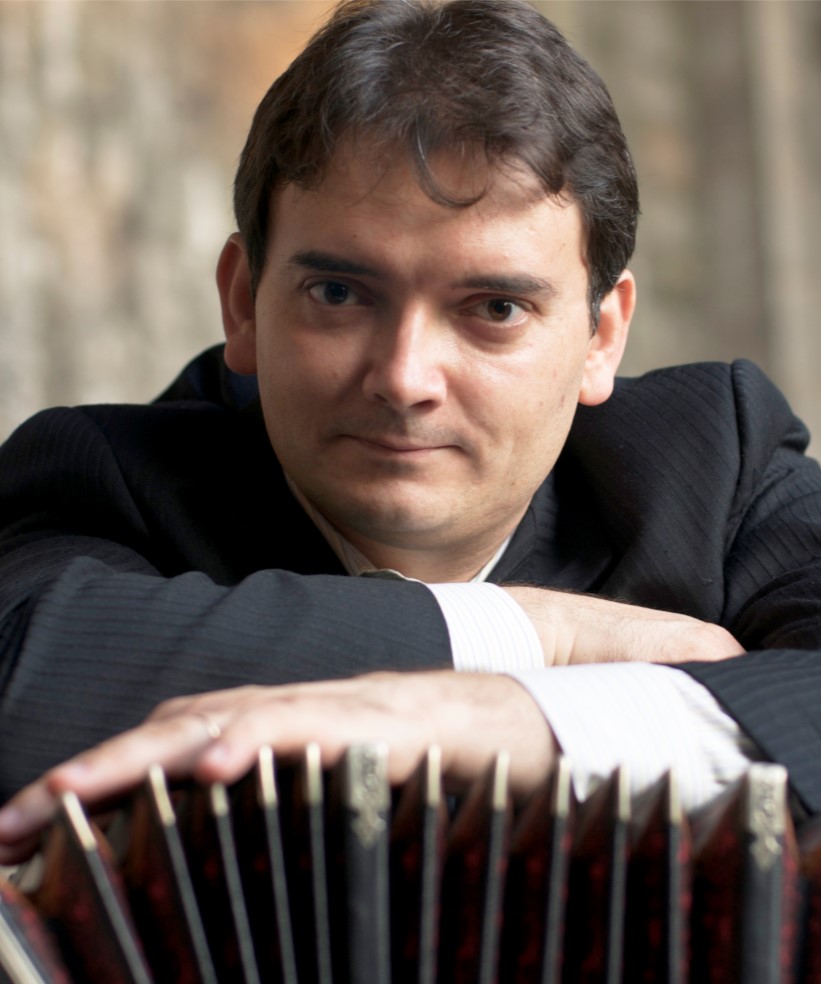 Born into a family of bandonéon players, Mr. Del Curto was introduced to the world of Tango and bandonéonist by his grandfather, Héctor Cristobal. By the age of 17, he had won the title “Best Bandonéonist Player Under 25” in Argentina, and was invited to join the orchestra of the legendary Osvaldo Pugliese, the “Last Giant of Tango.” In 1999, Mr. Del Curto received the Golden Note Award from the Italian-American Network in recognition of his artistic achievements. As a music director, he directed the spectacular show Forever Tango on Broadway and founded the Eternal Tango Orchestra, a ten-piece ensemble. Since the Lincoln Center debut in 2003, the Eternal Tango Orchestra (now the Hector Del Curto Tango Orchestra) returned to Lincoln Center for three more engagements and performed at other various venues including the Skirball Center for Performing Arts.

A musician who is dedicated to the education, outreach, and preservation of tango music, Mr. Del Curto founded the Stowe Tango Music Festival, the premier tango music festival in the United States, noted both for its unique series of performances and its high level of musical training. As the festival’s Artistic Director, he directs the Stowe Tango Music Festival Orchestra, a 20 plus piece tango orchestra comprised of an extraordinary group of selected students from all over the globe and world-class artists including guest tango legends from Argentina.

Mr. Del Curto recently produced and released his second album Eternal Piazzolla featuring his quintet with a sold-out CD release concert at Le Poisson Rouge in New York City. He was featured along with his first CD Eternal Tango on BBC News which was televised nationally and internationally and on Public Radio International’s The World.