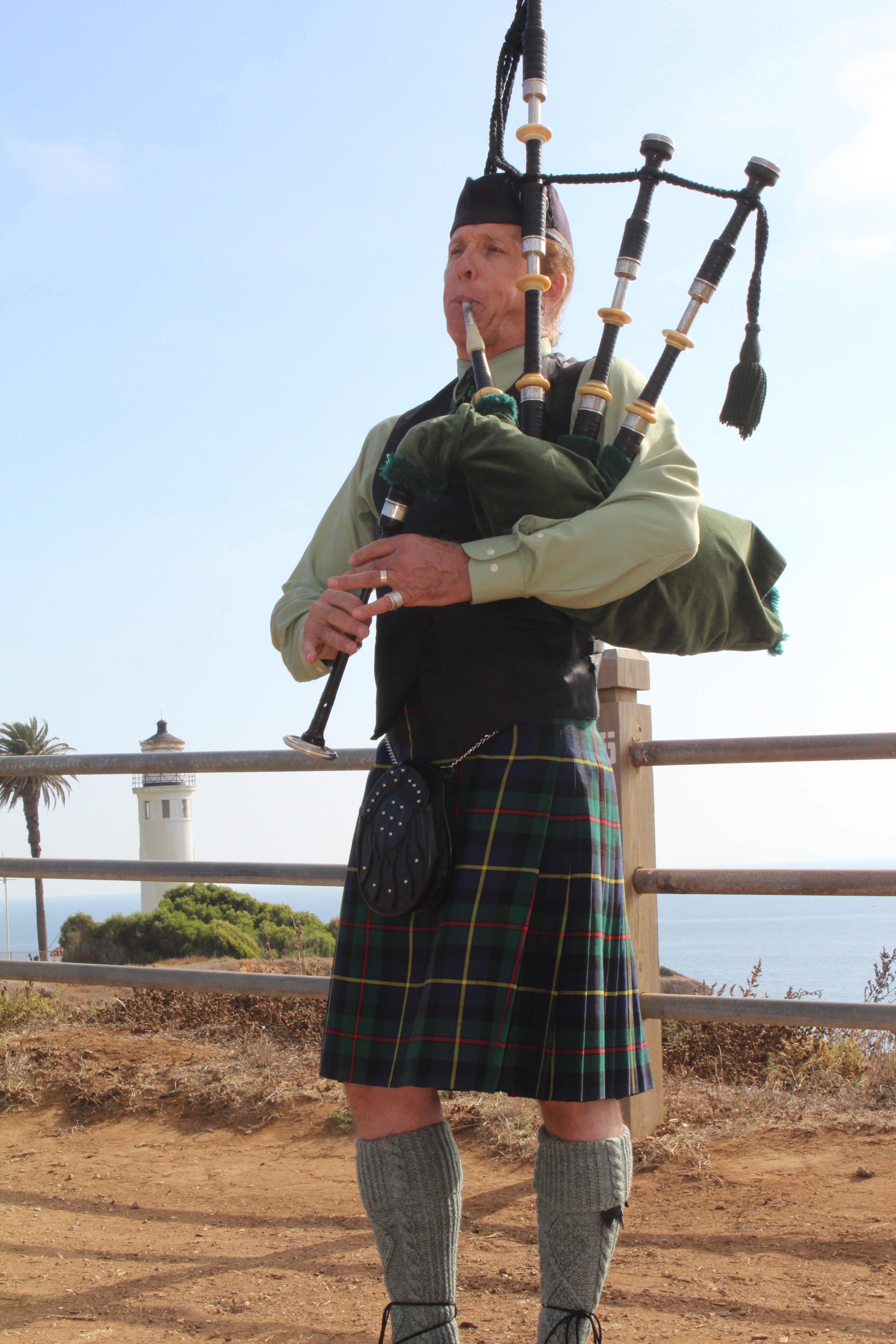 Ian Whitelaw is a devoted and extremely talented Bagpiper who brings 51 years of education, experience, and expertise to his musical performances, competitions and special projects. What distinguishes Ian’s playing is his extraordinary passion, not only to create a remarkable sound of the instrument itself but for the unique way in which the music is expressed. Ian is a world-class champion piper and an Instrumental instructor at UCR (California, Riverside), the Music Director of the UCR Pipe Band and director of the music degree program for bagpipes in the Department of Music and has enjoyed a long career of work with pipe bands.  His work with the UCR Pipe Band has been a key to the band earning the Champion Supreme Trophy of 2008, 2009 and 2010 as the best grade 4 pipe band in the Western United States. Ian was a driving force in the sound and success of the Simon Fraser University Pipe Band helping them win the World Championship in 1999 in Grade 1 – the highest grade in the world’s competition arenas.

Ian speaks often of his special attention to connecting with the ‘story’ of the musical piece and fulfills this goal daily through his instruction of the bagpipes where he also helps to stimulate the students’ bond with the ‘heart and soul’ of the music. What distinguishes Ian’s playing is his extraordinary passion, not only to create a remarkable sound of the instrument itself but for the unique way in which the music is expressed.

Ian has been very successful taking the music of the Scottish Highland Bagpipe into the entertainment industry, working as a creative consultant and performer on top films and television shows including The Rundown, The General’s Daughter, The Simpsons, The West Wing, American Dad, and Arliss. He is as comfortable and enthusiastic playing in a competition for world-renowned judges as he is on stage at the Hollywood Bowl.

Ian is an accomplished competitor receiving many prizes and medals throughout the U.S. and Canada. In addition to demonstrating his talents as a class player in Light Music, winning several competitions, Ian has consistently won in Piobaireachd (the classical music of the bagpipe) in the course of his bagpipe playing career. Some highlights include winning the James Purgavie Horn (presented by the Caledonian Club of San Francisco) on 9 occasions, The United States Gold Medal in 2006, The Angus MacDonald Piping Competition 7 times and has been selected to compete in the Highland Society of London’s Gold Medal events held in Scotland.  Ian uses his vast experience in his teachings of his students to raise their level of musicianship and this is reflected by their success on the competitive platforms at the various events on the West Coast and across the United States and Canada.

Also, Ian has released his own recording CD entitled “Angels From Atlantis” –  featuring an original composition – a project that was supported and encouraged by the Durfee Foundation located in Los Angeles, California – Ian is a two time “Durfee Fellow, having received grants to assist students with their own piping studies and to help with their musical development within the community.

Ian worked with his wife, Kristin to create a CD called “The Lady” and “The Breath of Calm” – specifically for relaxation and meditation and this music is available through his website – www.aceltictraveler.com.

Ian’s goal is to bring the great highland bagpipe to the public ear with all the grandness and spirit this very special instrument has and to have it be presented as a majestic instrument of the woodwind family rather than that of a novelty, something it is thought of by the casual ear.