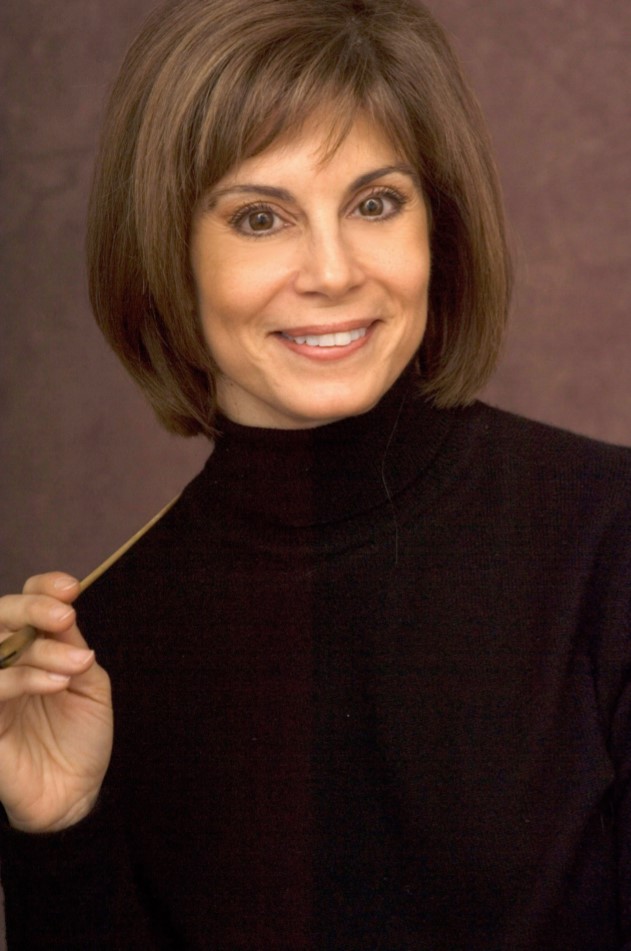 JoAnn Falletta is internationally celebrated as a vibrant ambassador for music, an inspiring artistic leader, and a champion of American symphonic music. An effervescent and exuberant figure on the podium, she has been praised by The Washington Post as having “Toscanini’s tight control over ensemble, Walter’s affectionate balancing of inner voices, Stokowski’s gutsy showmanship, and a controlled frenzy worthy of Bernstein.” Acclaimed by The New York Times as “one of the finest conductors of her generation”, she serves as the Music Director of the Buffalo Philharmonic Orchestra and the Virginia Symphony Orchestra, Principal Guest Conductor of the Brevard Music Center and music advisor to the Hawaii Symphony.

Ms. Falletta is invited to guest conduct many of the world’s finest symphony orchestras. Recent guest conducting highlights include debuts in Belgrade, Gothenburg, Lima, Bogotá, Helsingborg, Orchestra of St. Luke’s, a European tour with the Stuttgart Orchestra, return engagements with the Warsaw, Detroit, Phoenix, and Krakow Symphony Orchestras and a 13 city US tour with the Irish Chamber Orchestra with James Galway.

Falletta is the recipient of many of the most prestigious conducting awards including the Seaver/National Endowment for the Arts Conductors Award, the coveted Stokowski Competition, and the Toscanini, Ditson and Bruno Walter Awards for conducting, as well as the American Symphony Orchestra League’s prestigious John S. Edwards Award. She is an ardent champion of music of our time, introducing over 500 works by American composers, including more than 110 world premieres. Hailing her as a “leading force for the music of our time”, she has been honored with twelve ASCAP awards. Ms. Falletta served as a Member of the National Council on the Arts during both the George W Bush and Obama administrations.

Upcoming discs on the Naxos label include the works of Florent Schmitt, Novak, Scriabin and Wagner with the Buffalo Philharmonic, works of Paine and Victor Herbert with the Ulster Orchestra and works of Stravinsky and Mahler with the Virginia Symphony.

The Buffalo Philharmonic Orchestra’s 2015-16Season celebrates the 75th anniversary of Kleinhans Music Hall with works showcasing the hall’s exquisite acoustics. Recording highlights for the Buffalo Philharmonic’s 2015-16 season include the release by Naxos of the music of Florent Schmitt, and Beau Fleuve releases of The Essential Sibelius in honor of his birthday and the BPO’s Finland Celebration, and the Orchestra’s first ever Children’s CD, featuring Carnival of the Animals, Sorcerer’s Apprentice and Mother Goose Suite.

Since stepping up to the podium as Music Director of the Buffalo Philharmonic Orchestra in the fall of 1999, Maestro Falletta has been credited with bringing the Philharmonic to a new level of national and international prominence. This season, the BPO will once again be featured on national broadcasts of NPR’s Performance Today and SymphonyCast, and international broadcasts through the European Broadcasting Union.

Under Falletta’s direction, the VSO has risen to celebrated artistic heights. The VSO, which made critically acclaimed debuts at the Kennedy Center and New York’s Carnegie Hall under Falletta and entered into their first multinational recording agreement with Naxos, performs classics, pops and family concert series in Norfolk, Virginia Beach, Newport News and Williamsburg.

Ms. Falletta received her undergraduate degree from the Mannes College of Music in New York and her master’s and doctorate degrees from The Juilliard School.