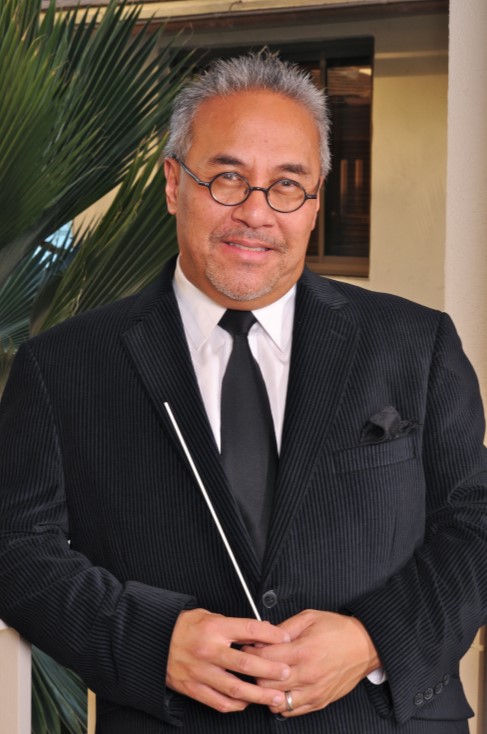 Matt Catingub wears many hats: saxophonist, woodwind artist, conductor, pianist, vocalist, performer, composer, and arranger. Matt is the Artistic Director and co-founder of the Macon Pops in Macon, Georgia, and recently the Artistic Director and Conductor of the Glendale Pops in Los Angeles, the Hawaii Pops in Honolulu, Hawaii, as well as the Festival Pops Conductor of the New Hampshire Music Festival. He has also held the Principal Pops Conductor positions of the Honolulu Symphony, the Hawaii Symphony, and the New Mexico Symphony.

Catingub has guest conducted for some of the most significant Symphony Orchestras in the country, including the Nashville Symphony, the Saint Louis Symphony, the Florida Orchestra, the Pacific Symphony, the Cincinnati Pops, and the Symphonies of Columbus, Hartford, Omaha and throughout Canada and Japan. Catingub has conducted for artists such as Diana Krall, Yes, Al Jarreau, Gladys Knight, Kenny Rogers, and numerous others. And significantly Matt has arranged the music in the orchestra libraries for diverse artists such as Kenny Loggins, James Ingram, Boz Scaggs, the Righteous Brothers, Rosemary Clooney, Vertical Horizon, Natalie Cole, Toni Tennille, Michael McDonald, Dave Koz, Toto, Pat Benatar, and many many others.

The son of the great jazz vocalist and “Polynesia’s First Lady of Song,” Mavis Rivers, Catingub regularly performed with his mom. In 2007 Matt, a proud Pacific Islander was handed the Samoan Chief’s title of La`auli by King Malietoa Tanumafili II, the final title issued before his death. As a young man, he played a variety of instruments, conducted his first orchestra at age 15, focused on Alto sax at 16, and at age 17 played his sax at the Monterey Jazz Festival, and from there toured Japan playing with jazz legends including Dizzy Gillespie, and Ruth Brown. From there Catingub joined the Louie Bellson Big Band and a couple of years later joined the Toshiko Akiyoshi / Lew Tabackin Big Band as the lead alto saxophonist. In 1983, Catingub formed the Matt Catingub Big Band, with Rivers as a vocalist, and recorded several critically acclaimed jazz albums with his mom.

Matt had made his solo singing debut at the Frank Sinatra Celebration at New York City’s legendary Carnegie Hall and as a result of his performance there, the Concord Jazz CD Gershwin 100 was conceived. Catingub also wrote and performed the music for the George Clooney film, Goodnight and Good Luck, made an onscreen appearance as the leader of the band, created all of the arrangements and played tenor sax in the movie and on the CD. The Soundtrack for Goodnight and Good Luck, featuring Matt and vocalist Diane Reeves won a GRAMMY. Catingub has also enjoyed success as the leader of his Big Band, Big Kahuna and the Copa Cat Pack touring the world with Rosemary Clooney, and backing notable artists such as Michael Feinstein, Linda Eder, Lionel Hampton, and many others. Today Matt is considered to be at the forefront of a new and innovative movement to reinvent Pops into a more fun and accessible format, encouraging dancing (when the venue allows) and loose fun, within a more informal and contemporary setting.