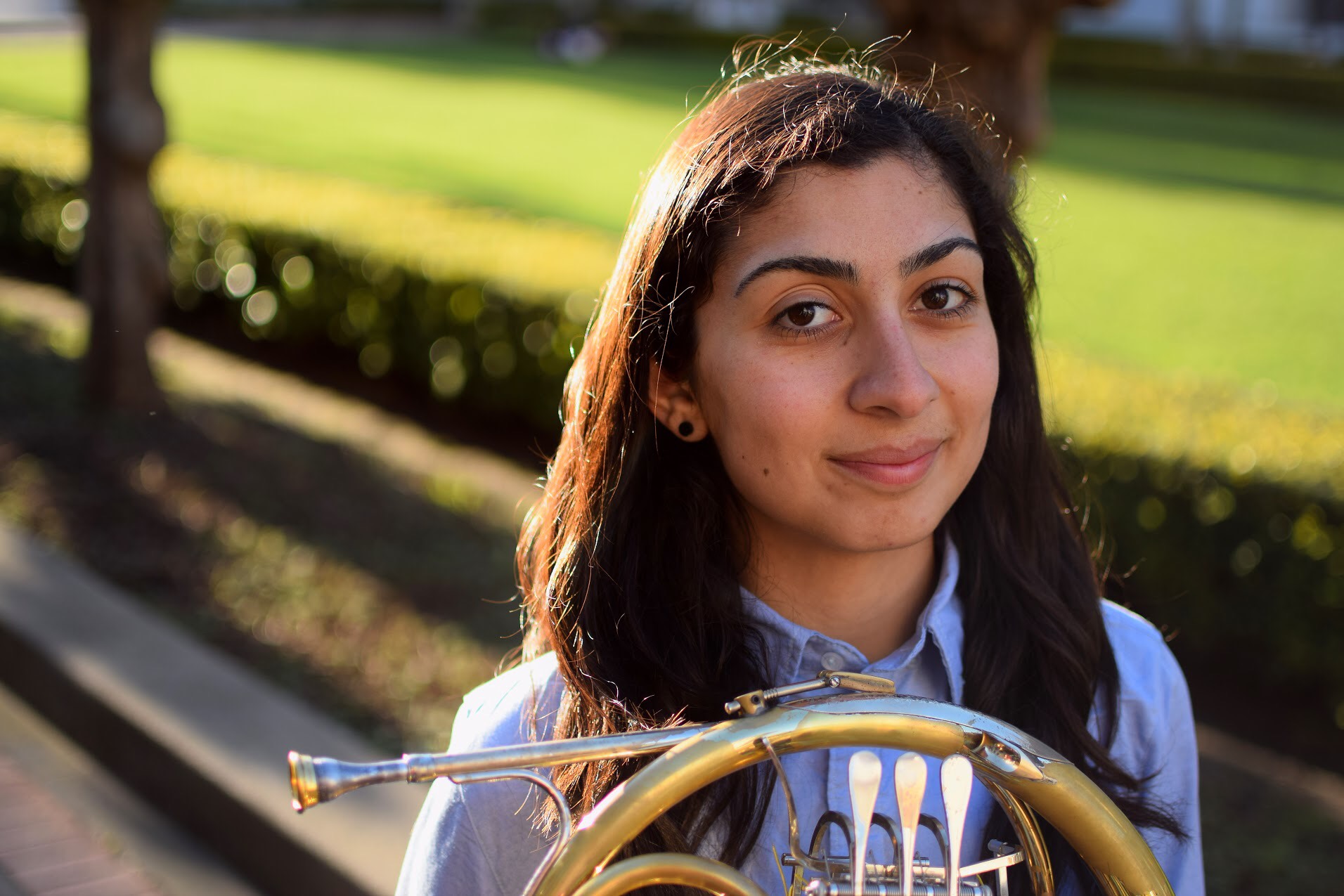 A Los Angeles native, Melia Badalian is an active freelancer in her home state. She is principal horn of the Long Beach and Modesto Symphonies, and holds section positions with Symphony Silicon Valley and the Stockton Symphony. Melia has also performed with the New World Symphony, Santa Barbara Symphony, American Youth Symphony, Josh Groban, and Il Divo, among others. She has spent her summers performing as a fellow with the National Repertory Orchestra and at the Aspen Music Festival. Melia earned degrees from the San Francisco Conservatory of Music (BM) and the University of Southern California (MM), where she studied with Robert Ward and Dr. Kristy Morrell, respectively.