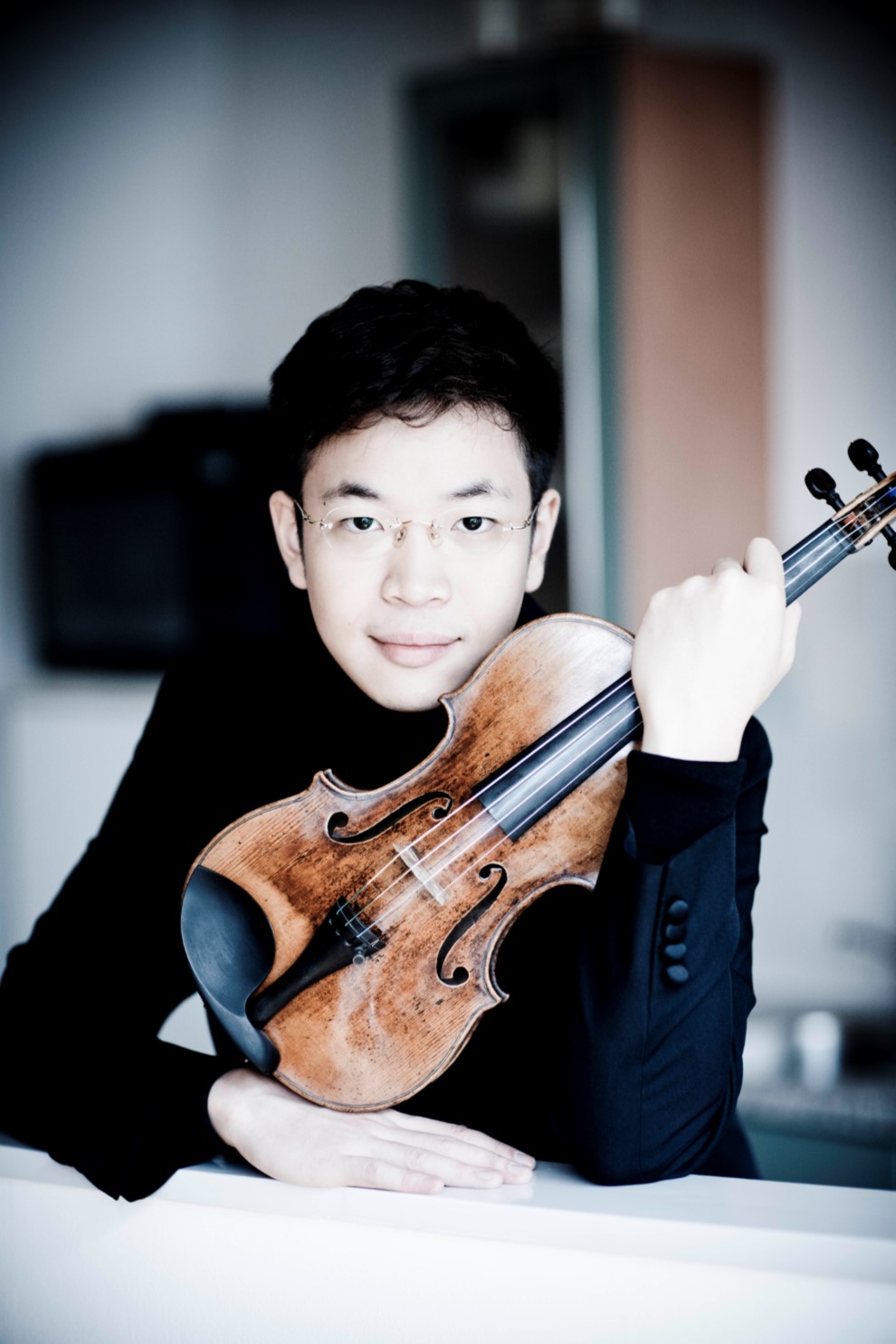 Recipient of the​​​​ prestigious 2015 Avery Fisher Career Grant and the 2017 Lincoln Center Award for Emerging Artists, violinist Paul Huang is ​quickly​ gaining attention for his eloquent music making, distinctive sound, and effortless virtuosity. The Washington Post proclaimed Mr. Huang as “an artist with the goods for a significant career” following his recital debut at the Kennedy Center.

His recent and forthcoming engagements include his recital debut at the Lucerne Festival in Switzerland as well as solo appearances with the Mariinsky Orchestra under Valery Gergiev (St. Petersburg’s White Nights Festival), Berliner Symphoniker with Lior Shambadal (Philharmonie Berlin debut), Detroit Symphony with Leonard Slatkin, Houston Symphony with Andres Orozco-Estrada, Orchestra of St. Luke’s with Carlos Miguel Prieto, Seoul Philharmonic with Markus Stenz, and Taipei Symphony with Gilbert Varga (both in Taipei and on a U.S. tour). This season, he will also be making his Chicago orchestral debut at the Grant Park Music Festival, as well as appearances with the Buffalo Philharmonic and with the Long Beach, Baltimore, Alabama, Pacific, Santa Barbara, Charlotte, and Taiwan’s National Symphony Orchestras.

During the 2018-19 season, Mr. Huang will make debuts at the Hong Kong Bear’s Premiere Music Festival, Santa Fe Chamber Music Festival, and return to the Palm Beach Chamber Music Society with the Emerson String Quartet and pianist Gilles Vonsattel for a performance of the Chausson Concerto for Violin, Piano, and String Quartet. In addition, Mr. Huang continues his association with the Chamber Music Society of Lincoln Center and Camerata Pacifica where he will present all three violin sonatas by Johannes Brahms.

Mr. Huang’s recent recital engagements included Lincoln Center’s “Great Performers” series and return engagement at the Kennedy Center where he premiered Conrad Tao’s “Threads of Contact” for Violin and Piano during his recital evening with pianist Orion Weiss. He also stepped in for Midori with Leonard Slatkin and the Detroit Symphony to critical acclaim. Mr. Huang has also made debuts at the Wigmore Hall, Seoul Arts Center, and the Louvre in Paris.

His first solo CD, Intimate Inspiration, is a collection of favorite virtuoso and romantic encore pieces released on the CHIMEI label. In association with Camerata Pacifica, he recorded “Four Songs of Solitude” for solo violin on their album of John Harbison works. The album was released on the Harmonia Mundi label in fall 2014.

Born in Taiwan, Mr. Huang began violin lessons at the age of seven. He is a proud recipient of the inaugural Kovner Fellowship at The Juilliard School, where he earned his Bachelor’s and Master’s degrees under Hyo Kang and I-Hao Lee. He plays on the 1742 ex-Wieniawski Guarneri del Gesù on loan through the generous efforts of the Stradivari Society of Chicago.