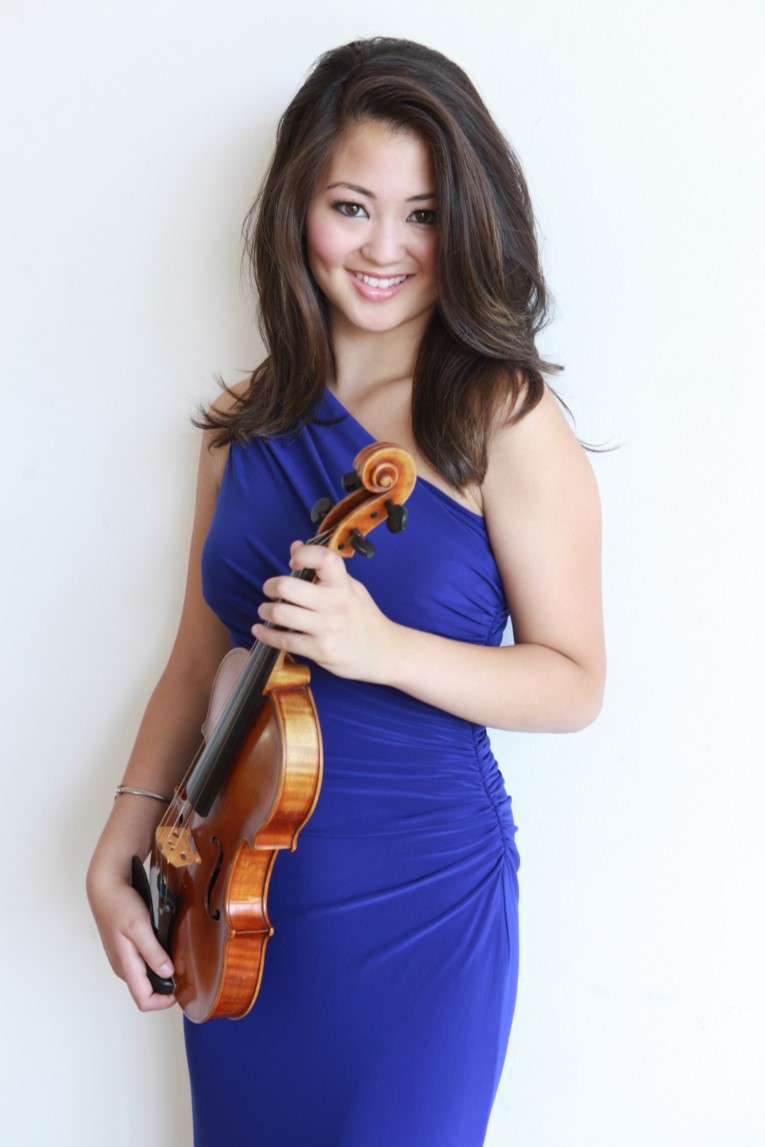 Violinist Simone Porter has been recognized as an emerging artist of impassioned energy, interpretive integrity, and vibrant communication. In the past few years she has debuted with the New York Philharmonic, the Philadelphia Orchestra, the Los Angeles Philharmonic; and with a number of renowned conductors, including Gustavo Dudamel, Yannick Nézet-Séguin, Stéphane Denève, Nicholas McGegan, Ludovic Morlot, and Donald Runnicles. Born in 1996, Simone made her professional solo debut at age 10 with the Seattle Symphony and her international debut with the Royal Philharmonic Orchestra in London at age 13. In March 2015, Simone was named a recipient of an Avery Fisher Career Grant.

At the invitation of the composer, Simone has just concluded a busy season with an appearance at the New York Philharmonic’s presentation of Esa-Pekka Salonen’s “Foreign Bodies,” a multi-sensory performance experience involving live dance and a video installation. During the season she visited orchestras in Rhode Island, Albany (NY), Oregon, Texas, and Alabama with recitals in Los Angeles and San Francisco, and performances at U.S. summer festivals in Aspen and Bellingham as well as Dublin and Edinburgh’s International Festival.

Simone’s emergence on the international concert circuit has occurred simultaneously with her studies at the Colburn Conservatory of Music in Los Angeles. Her Walt Disney Concert Hall debut with the Los Angeles Philharmonic and Gustavo Dudamel came in 2015 followed soon after by performances with orchestras in Detroit, Cincinnati, Houston, Pittsburgh, Minnesota, Indianapolis, Nashville, Salt Lake City, Baltimore and Rochester. She also made her Ravinia Festival recital debut, her debut at the Grand Teton Music Festival, and multiple solo performances as a guest artist at the Aspen Music Festival. Having spent her formative years in Seattle, Simone made a rousing homecoming return engagement with the Seattle Symphony in 2016.

Internationally, Simone has performed with the Simón Bolívar Symphony Orchestra with Gustavo Dudamel; the Orquestra Sinfônica Brasileira in Rio de Janeiro; the Costa Rica Youth Symphony; the City Chamber Orchestra of Hong Kong; the Royal Northern Sinfonia, the Milton Keynes City Orchestra, and the Royal Philharmonic in the United Kingdom; and the Opera de Marseilles.

A 2015/16 Performance Today Young-Artist-in-Residence, Simone’s performances and interviews have been broadcast nationally on the APM syndicated network on several different occasions. She has also been featured on the renowned syndicated NPR radio program From the Top, hosted by Christopher O’Riley and featuring America’s best young classical musicians. Her performance in July 2012 marked her third appearance on the program; her first was in 2007 at the age of 11. Simone made her Carnegie Zankel Hall debut on the Emmy Award-winning TV show From the Top: Live from Carnegie Hall. In June 2016, her featured performance of music from Schindler’s List with Maestro Gustavo Dudamel and members of the American Youth Symphony was broadcast nationally on the TNT Network as part of the American Film Institute’s Lifetime Achievement Award: A Tribute to John Williams.

Raised in Seattle, Washington, Simone studied with Margaret Pressley as a recipient of the Dorothy Richard Starling Scholarship, and was then admitted into the studio of the renowned pedagogue Robert Lipsett, with whom she presently studies at the Colburn Conservatory of Music in Los Angeles. Summer studies have included many years at the Aspen Music Festival, Indiana University’s Summer String Academy, and the Schlern International Music Festival in Italy.

Simone Porter plays on a 1745 J.B. Guadagnini violin on generous loan from The Mandell Collection of Southern California