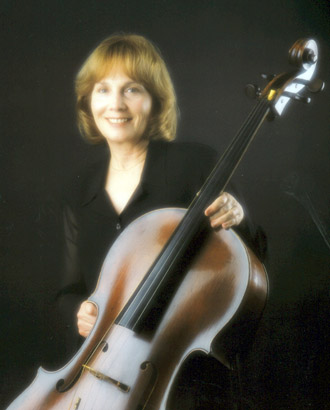 Victoria Bacon was born in Los Angeles and raised in Long Beach, California. A student of the University of Southern California’s Preparatory Division, she also attended the Music Academy of the West and graduated from California State University at Long Beach, with a Bachelor of Music degree in cello performance. Her teachers were Gabor Rejto, Edgar Lustgarten, and Bernard Greenhouse.

Musical theater experience has included playing for the Long Beach Civic Light Opera, the theaters of La Mirada, and San Gabriel and the Laguna Playhouse.

Her most rewarding and challenging experience has been in raising four musical, (now adult) children. Victoria is a second-generation professional musician. Her father, Roger Bacon, performed with various Big Bands across the United States, and, later, with his own band in the Long Beach/Los Angeles area for many years. Currently, he and her mother enjoy attending LBSO concerts.