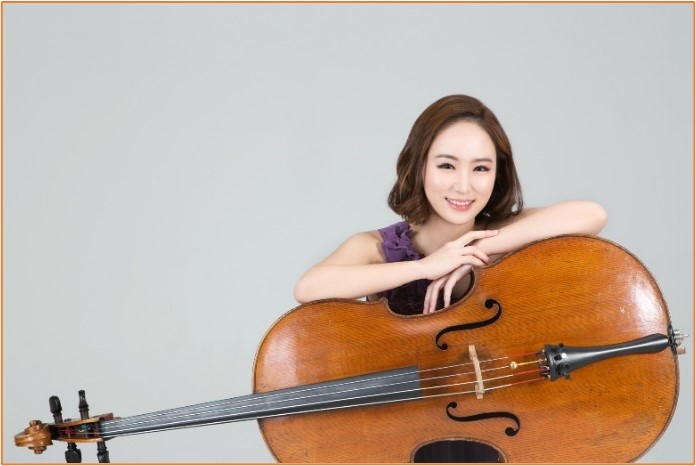 Born in Seoul, South Korea, Miss Youna Choi earned her bachelor’s degree at the Curtis Institute of Music under Peter Wiley and Carter Brey. Subsequently, she studied with Clive Greensmith at The Colburn Conservatory of Music and received an Artist Diploma and Master of Music. Youna has been featured internationally throughout Korea and the United States. She has been featured in Carnegie Hall, the John F. Kennedy Center, the Marine Biological Laboratory, and Nantucket Atheneum as both a soloist and chamber musician. Youna’s accomplishments include prizes and scholarships from David Weiss Scholarship Competition, Rio Hondo Competition, Concerto Competition at the Ambassador Auditorium, and numerous national competitions in Korea. She has been named a special prize winner of the Astor Piazzolla International Music Competition for chamber division. She recently debuted a Walton Cello Concerto with Colburn Orchestra and, in 2019, has been appointed as Principal Cellist of New West Symphony Orchestra. Ms. Choi has performed under the baton of conductors Esa-Pekka Salonen, Rossen Milanov, Yannick Nézet-Séguin, Robert Spano, Osmo Vänska, and Michael Tilson Thomas. Ms. Choi is also founding member of the Three Strings Ensemble. They have performed numerous recital series sponsored by the city of Seoul, and the Ensemble was nominated as a winner of the Manhattan International Music Competition. Three Strings Ensemble debuted in Carnegie Hall for a winner’s concert in 2022.