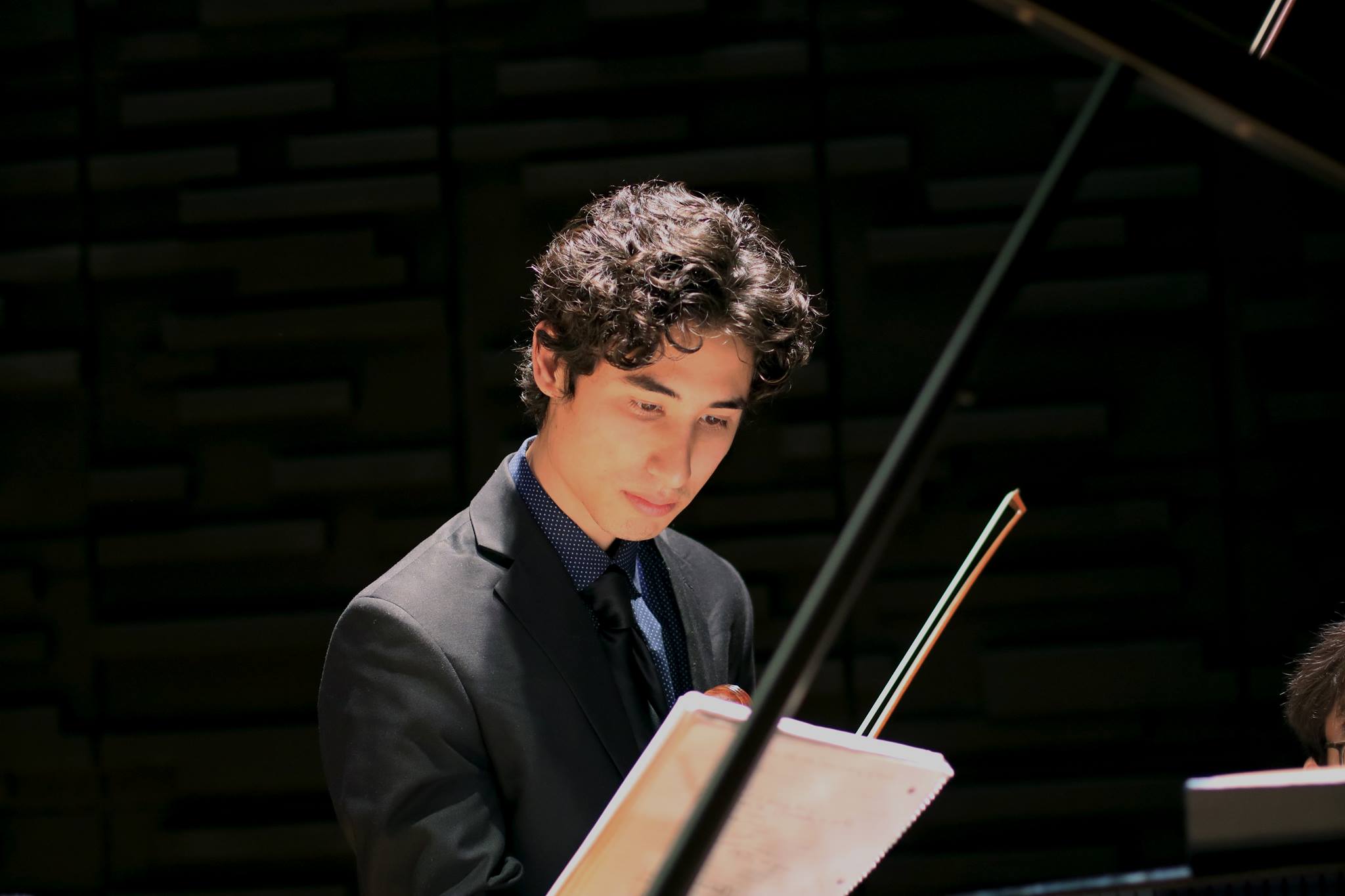 Alexander Knecht, violinist, and violist, born in 1991, is a Juilliard graduate with a passion for virtuosic arrangements of music across genres both old and new. He is currently pursuing a Doctor of Musical Arts degree at the University of Southern California under full scholarship, where he studies with Bing Wang and Brian Chen. He holds a master’s degree from The Juilliard School, where he studied with Masao Kawasaki. Last year, he was awarded a Career Grant upon graduation from Juilliard for his work with original viola transcriptions including Franz Waxman’s Carmen Fantasy. He is a proud alumnus of La Sierra University, where he earned bachelor’s degrees in mathematics and violin in 2013, studying with Jason Uyeyama. During recent summers, he has been a fellow at the Astoria Music Festival, Montecito International Music Festival, the Music Academy of the West, and the Aspen Music Festival, and has played in masterclasses for Paul Kantor, Paul Coletti, and Donald McInnes. He was a member of the piano quintet Quintessential, winner of the 2013 JCM-USC Chamber Music Competition, and winner as soloist of the 2013 Redlands Bowl Young Artists auditions and La Sierra University Concerto Competition. Apart from school and concert performance, he has volunteered as a musician at the Jerry Pettis Memorial VA Hospital and LLU Medical Center in Loma Linda, and has been a mentor teaching strings in the CKC-Music community engagement program in San Bernardino, CA since its founding in 2008. Outside of music, he has recently worked as a mathematics instructor at La Sierra University. He maintains a busy private music teaching schedule and is also active as a private academic tutor.

Recent performances in Los Angeles include concerts with the Young Musicians Foundation Debut Orchestra where he is principal second violinist, and performances with the new, conductorless Kaleidoscope Chamber Orchestra. Recent concert appearances in New York City include performances with Juilliard alumni at the Center for Jewish History, the Apollo Music Café, and Subculture. Throughout his time at Juilliard, he was a member of the Church of the Advent Hope in Manhattan, where he served as a musician as well as organizer and performer in their Carnegie Hill Concert Series. He was invited to participate as a finalist in the second George Gershwin International Music Competition, in addition to the 2015 Hudson Valley Philharmonic Concerto Competition. He has also been featured as a chamber musician in the Focus! contemporary music festival in 2015 and 2014, and among other pieces, participated in the U.S. premiere of Akiko Yamane’s Plastic Babys for violin, viola, and cello. He is a devoted advocate of new virtuosic arrangements both for solo instrument and piano and for chamber groups, many of which are featured on his youtube channel.