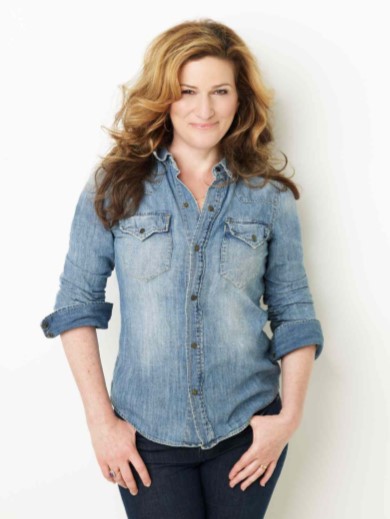 When Ana Gasteyer steps up to the mic, she evokes the swagger of an era when a lady ruled a nightclub and an audience knew they were in for good time. The patter is real, the themes adult; the lyrics are timeless, and the music swings like crazy!

From songs like One Mint Julep and Proper Cup of Coffee to a surprisingly smooth rendition of Carrie Underwood’s Before He Cheats, Gasteyer’s saucy selections tell stories with humor, heartbreak…and just a little splash of soda. Her vibe recalls that of a time when entertainers truly entertained, an era when a broad could bring home the bacon, swing a set of sultry standards
and still be a gracious hostess. Ana’s heroes are those fun-loving dames who downed a cocktail, donned a dress and fronted a band of dapper gents in sharp suits wielding shiny horns—think Barbara Stanwyck in Ball of Fire as she captures Gary Cooper’s heart. And then breaks it.

A violin player from the tender age of five, Gasteyer always had an ear for music and a knack for timing. Years later, after a formal education as a classically trained singer, she made the fateful discovery that she could get people laughing—and laugh they did every Saturday night at NBC’s Studio 8H. Audiences fell in love with Gasteyer’s flair for irony and character driven comedy on six seasons of SNL, where she unabashedly played, and often sang, at full-tilt.

Eventually, Broadway came calling and Gasteyer spent several years belting out superstar vocals in shows like Wicked and Rocky Horror. But she felt most at home crooning and chirping with a big band in a nightclub, amidst laughter and the inviting clink of ice in a glass. Her acclaimed shows, Let it Rip and Elegant Songs from a Handsome Woman earned praise from audiences and critics alike who hailed the acts as “exuberant and rollicking entertainment” with “high-octane vocals” and “a topnotch swingin’ ensemble.”

The current star of ABC’s Suburgatory (and vampy Weight Watchers spoke-singer) has teamed with producer and “New York Nightclub Supernova” Julian Fleisher to make this Moxie Jazz album with an eclectic range of covers and reimagined classics.