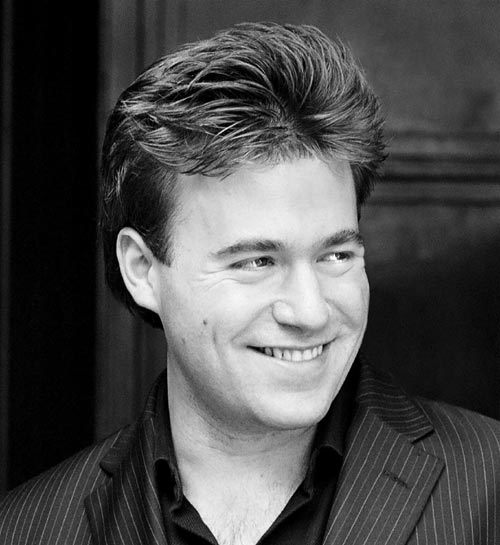 Benjamin Wallfisch studied conducting in London with Sir Charles Mackerras and Vernon Handley and in Germany with Bruno Weil. He was awarded First Prize in the 2001 British Reserve Insurance Conducting Competition with a unanimous vote from both Jury and Orchestra. At the age of 22, He was appointed Associate Conductor of the English Chamber Orchestra and between 2003 and 2005 was Assistant Conductor of the Netherlands Radio Philharmonic. During this time he assisted Vladimir Ashkenazy, Valery Gergiev, Edo de Waart and Leonard Slatkin and frequently conducted the NRPO in venues including the Concertgebouw, De Doelen Rotterdam and the Muziekcentrum Vredenburg, Utrecht and in numerous studio recordings.

In recent seasons he has conducted the Hamburg Symphony (three times, including their annual New Year performances of Beethoven 9), Zagreb Philharmonic, Netherlands Symphony and RTÉ Concert Orchestras. He has also worked with the SWR Stuttgart Radio Symphony Orchestra, Helsingborg Symphony Orchestra and the orchestra of the Beethoven Academy Krakow as part of Poland’s prestigious Beethoven Easter Festival. Future performances include the Bournemouth Symphony, Slovakian Philharmonic, the Israel Symphony and his debut at the Dvorak Prague Festival, conducting the Prague Philharmonia. In the US he has worked with great success with the Monterey Symphony and the North Carolina Symphony, and in 12/13 he will make his debut with the Los Angeles Chamber Orchestra.

Acclaimed by The Strad as “one of the finest accompanists anywhere on the podium,” Benjamin has performed concerti with some of the world’s finest soloists in including Evelyn Glennie, Pekka Kuusisto, Freddy Kempf, Dame Felicity Lott, Branford Marsalis, Igor Oistrakh, Jean-Yves Thibaudet and John Williams. Alongside a number of his own orchestral works, he has recorded Shostakovich’s First Violin Concerto with Ruth Palmer and the Philharmonia, a disc of bassoon concerti with Karen Geoghegan and the Orchestra of Opera North for Chandos, and concerto recordings with the London Symphony Orchestra and the English Chamber Orchestra.