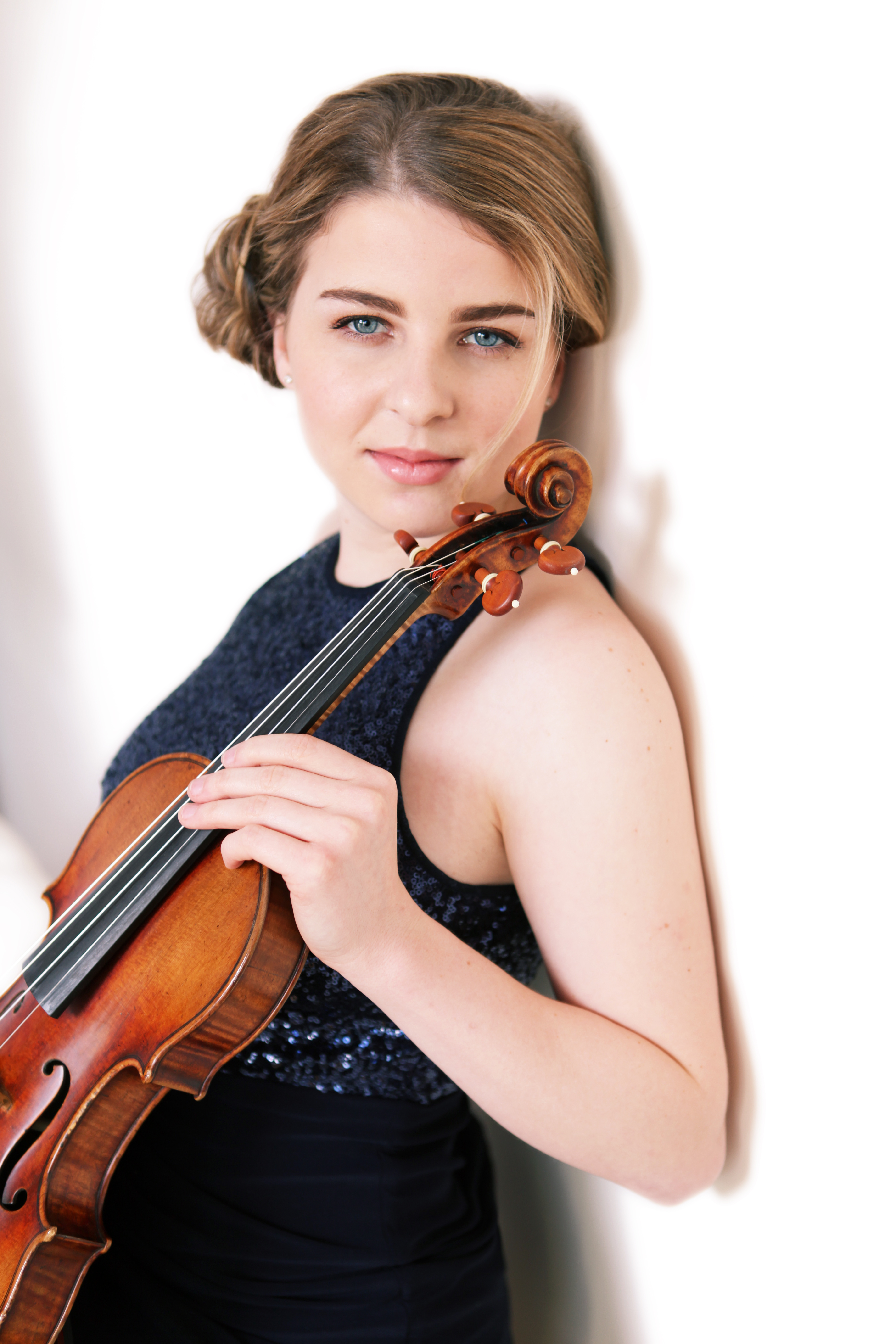 For nearly a decade, the virtuoso violinist Caroline Goulding has performed with the world’s premier orchestras, in recital, and on record and has blossomed from “precociously gifted” (Gramophone) 13-year-old soloist with the Cleveland Orchestra to “a skilled violinist well on her way to an important career” (Washington Post).

Remerging from a sabbatical from concertizing to focus her attention on meditative practices and the merging of meditation and music, Caroline will reopen the 2018 season with the release of her third album on Clives Records since her GRAMMY-nominated and chart-topping debut recording on Telarc in 2009. A prize of the Sommets Musicaux De Gstadd’s Prix ierry Scherz, this recording embodies Korngold’s luscious Violin Concerto and Mozart’s exuberant A major Concerto with the Berner Symphonieorchester led by conductor Kevin John Edesui. Last season’s release of Caroline’s album with pianist Danae Dörken on the ARS label including works by Schumann, Enescu, and Dvořák celebrated a nomination for the prestigious Preis der deutschen Schallplattenkritik in the Chamber Music.

Since her 2006 Cleveland Orchestra debut, Caroline has appeared as soloist with the Symphony Orchestras of Toronto, Detroit, Dallas, Houston, Nashville, Indianapolis, Phoenix, Boise, Victoria, Denver, Milwaukee, Stamford, Pasadena, Alabama, the National Symphony, Florida Orchestra and the Orchestra of St. Luke’s in North America. She has also appeared extensively in Europe and Asia with the Frankfurt Radio Symphony, Netherlands Philharmonic, Deutsche Radio Philharmonie, and the Hong Kong Philharmonic. She has appeared in recital at Carnegie Hall, Lincoln Center, the Kennedy Center, Beijing’s Forbidden City Concert Hall, the Tonhalle-Zurich, the Louvre Museum, KKL-Lucerne, Beethoven-Saal Stuttgart, and the Isabella Stewart Gardner Museum. A past participant of the Marlboro Music Festival, Aspen Music Festival and Interlochen Arts Academy, Caroline enjoys connecting with others through chamber music masterpieces.

Widely recognized by the classical music world’s most distinguished artists and institutions for her “vibrant and intensely musical” playing (Cleveland Plain Dealer), Caroline was a recipient of the Avery Fisher Career Grant in 2011 and in 2009, she won the Young Concert Artists International Auditions and was the recipient of the Helen Armstrong Violin Fellowship. She has also garnered significant attention from music and mainstream press, appearing on NBC’s Today, MARTHA and Germany’s Stars von Morgen hosted by Rolando Villazón. Caroline has also been heard on NPR’s Performance Today, From the Top, and SiriusXM Satellite Radio.