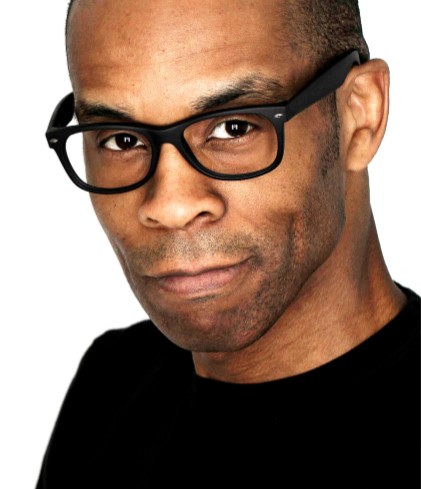 Denzal Sinclaire is one of Canada’s most popular jazz vocalists and is ranked among the finest jazz singers of his generation. A graduate of McGill University’s Jazz Performance program (Montreal, Canada), he possesses that rare ability to achieve, from the moment he steps on stage, a profound emotional interaction with his audience. His passionate and sincere delivery caresses every song he sings. He touches the listener with the purity of the message.

Denzal is a Juno Award (Canada’s GRAMMY Award) nominee, a recipient of the 2004 National Jazz Award for “Best Album”, four – time consecutive recipient of Jazz Report Magazine Award for Male Jazz Vocalist, and 2007 Choc Jazzman Award (France). His admirers include GRAMMY Award -Winning artists, Diana Krall (“Denzal Sinclaire embodies the tradition of the great singers I love like Nat Cole, yet definitely has his own voice. He is one of my favorite singers…”), Bette Midler, Dianne Reeves, Michael Fienstien and Michael Bublé as well as growing legions of jazz fans in his native Canada and abroad. From his early days as a canny interpreter of Nat ‘King’ Cole’s mentholated crooning, he’s grown into one of the most distinctive and individualistic singers anywhere.

He has graced the stages numerous concert halls and festivals around the world and has appeared on several popular TV shows, including Canada’s Bravo!TV, Canada AM, Nashville Now, Ireland’s The Late Late Show. As a former member of UK soul artist, Jamie Lidell’s band, he has appeared on Late Night with Conan O’Brien, Jimmie Kimmel Live!, and Manu Katché’s show One Shot Not (France).

Equally at home in the theatre, film and television arenas, Denzal has delighted audiences with his critically-acclaimed performance in Unforgettable, a musical based on the life and music of Nat King Cole; Tapestry: The Music of Carole King (Arts Club Theatre); William Saroyan’s award-winning The Time of Your Life (Soul Pepper Theatre Company). His TV and film credits include appearances in the new Battlestar Gallactica TV Series (dir. Michael Rymer); and, Being Julia, starring being Annette Bening and Jeremy Irons (dir. István Szabó). Denzal’s voice has also been featured on TV and Radio ads in Canada and Japan.

A pivotal role in Denzal’s career was the collaboration with highly- sought after guitarist/composer/arranger Bill Coon whom he befriended in Montreal. Over the course of 15 years they performed to rave reviews in a variety of musical settings ranging from duo to symphony orchestras, as well as several live radio, television and studio recordings for the CBC (Canadian Broadcasting Corporation) and SRC (Société Radio-Canada). In 1994, they recorded an album of duets, and in 1996, recorded the very first in-studio concert for Canada’s BRAVO!TV with a unique ten-piece ensemble. They now enjoy a new type of collaboration as members of the Hammond Organ Auartet, The B3 Kings, featuring Bill on guitar; Cory Weeds, tenor sax; Chris Gestrin, B-3 organ; and Denzal on drums and vocals.