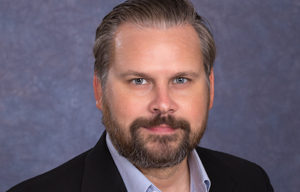 Baritone James Martin Schaefer has an active performing career throughout the United States and beyond. He has received wide acclaim in many of the canonic operatic and oratorio baritone roles. He has performed in numerous productions with Los Angeles Opera and he was a member of Opera Pacific’s O.P.E.R.A. resident artist program.

Some recent engagements include appearances in Los Angeles Opera productions of Verdi’s Il Trovatore and Don Carlo, Wagner’s Tannhauser, Rossini’s La Cenerentola, Bernstein’s Candide, Gluck’s Orfeus and Eurydice. He was recently featured as principal performer in Verdi’s La Traviata. In March 2022, Mr. Schaefer was “Bass Soloist” for St. Matthew’s Passion by J.S. Bach, which was a collaboration between Los Angeles Opera and The Hamburg Ballet. He also recently appeared as the bass soloist for the Berkshire Choral Festival.