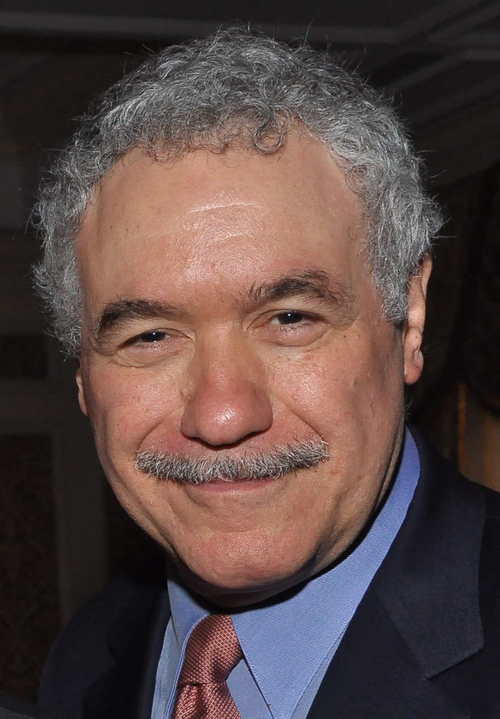 Larry Blank is one of the most prolific and sought after composers, conductors, and orchestrators in the entertainment business today. His work has been presented all over the world, including some of Broadway’s most successful musicals, Carnegie Hall, and top television and film projects.

He was the Music Director/Conductor and/or vocal arranger for many shows on Broadway and in Los Angeles including They’re Playing Our Song, Evita, Sugar Babies, La Cage Aux Folles, Phantom of the Opera, Onward Victoria, Copperfield, Colette, A Chorus Line, and A Little Night Music. He has been nominated three times for both the Tony Award® and the Drama Desk Award for his orchestrations in the Drowsy Chaperone, Irving Berlin’s White Christmas and with Marc Shaiman for Catch Me If You Can. Larry received a Drama Desk nomination for orchestrations for A Christmas Story and Honeymoon in Las Vegas.

Larry contributed to the orchestrations for the stage and film production of The Producers.

Larry also contributed orchestrations to the film of Chicago.

Larry is a regular conductor and arranger for BBC Radio 2 Friday Night is Music Night in the UK.

Larry is also the Music Director and Orchestrator (along with Mark Cumberland) for the Oliver Awards in London.

Blank’s background includes orchestrating and arranging songs for South Park and was Music Supervisor and Orchestrator for Jerry Herman’s movie, Mrs. Santa Claus starring Angela Lansbury and Charles Durning. Some of the films he lent his talent to include The Kid, Kiss the Girls, The American President, Forget Paris, City Slickers 2, The Net, That’s Entertainment 3, North, I’d Do Anything, and Stuart Save His Family. Blank’s music can be heard on the animated feature films, Cats Don’t Dance and All Dogs Go To Heaven as well as the 101 Dalmatians Christmas Special.