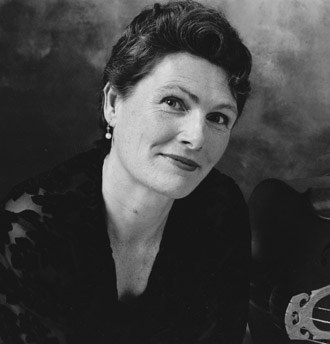 Cellist Margaret Edmondson has had a long and successful career as a teacher, chamber musician and orchestral player. She was the resident cellist with Southwest Chamber Music for four seasons and during her tenure won a Grammy Award for best small ensemble performance, performed at the Santa Fe Chamber Music Festival, was heard frequently during their 26 weeks of statewide live radio concert broadcasts each season and participated in world premiere performances and recordings of contemporary works by Morton Subotnick, Mel Powell, Charles Wourinen, Stephen Mosko, Wadada Leo Smith, Richard Felciano and Morton Feldman. Maggie has also performed on the chamber series of the San Luis Obispo Mozart Festival, Camerata Pacifica, Sundays Live at LACMA as well as working with the Los Angeles Opera, Long Beach Symphony, Pasadena Symphony, Los Angeles Chamber Orchestra, San Luis Obispo Mozart Festival Orchestra and the Los Angeles Master Chorale Sinfonia Orchestra. Maggie was a co-founder and founding faculty of Renaissance Arts Academy, a California Public Charter School in North East Los Angeles, chosen as a California Distinguished School in 2009 and winner of the Los Angeles Music Center Bravo Award and CCSA Charter School of the Year in 2010. Her work there from 2003 to 2011 included creating and nurturing the string program that served 200 young string players each year, chairing the Performing Arts Program, teaching cello, advanced theory and conducting, and coaching chamber music. She also conducted the beginning, intermediate and advanced string orchestras and was responsible for programming, arranging and transcribing music for all performances. From 2003-2009 she had the pleasure of co-teaching a cello workshop for beginning to advanced students at the Community School of Music and the Arts with her teacher and mentor, world-renowned cello pedagogue Irene Sharp. Maggie has also had a busy private teaching studio for over 30 years. When not immersed in her musical life she can be found in the garden with her violist husband Dmitri Bovaird.