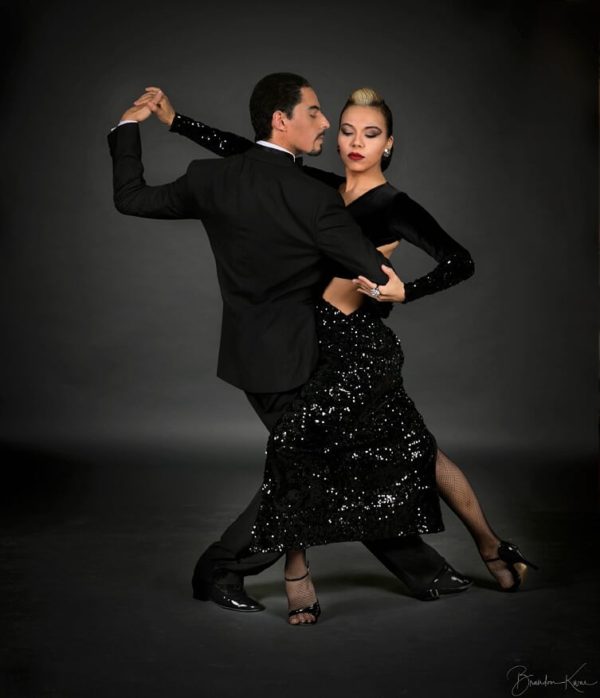 Tomas and Gimena are two of the most requested artists in today’s Argentine tango. They toured United States, Italy, United Kingdom, Russia, Spain, Israel, Greece, Turkey, Mexico, and China, integrating important dance companies from Argentina and the United States; also as masters of tango dance. They performed at the world famous Jacob’s Pillow Dance Festival, at the “Vail international dance festival” and “Israel international festival” with the show “Romper el piso” as choreography assistants and dancers. They created diverse choreographies, for dance groups and artistic education institutions of Argentina.

Tomas and Gimena were honored with an invitation to Rome to dance at the Pope Francis’ birthday party. They were sub champions of the Buenos Aires tango dance metropolitan championship 2009, where more than 200 dancing couples competed. They were finalists in the tango dance world championship. They have appeared in theaters around the world, receiving excellent reviews where they went.

They performed with the important symphonies of Dallas, Edmonton, Michigan, Milwaukee, with the show “Tango Caliente” conducted by the Grammy winner Jeff Tyzik.

Tomas, is the co-author of the book “Arte para la vida” published in Argentina, by the vocational school of artistic expression of Catamarca.

They are creators, choreographers and stars of their production “Tierra y fuego que camina”. The title of this dance theater show, is inspired by Atahualpa Yupanqui, an Argentine poet and artist. Earth and fire is the landscape of the world and the human heart where the essence of tango is always found. The show traces the experiences of two people celebrating life in each movement, in each melody both human and divine, two pilgrims in search of dreams, pilgrims of a road that never ends. their tango brings the action of the big city and nature, as pure and elemental as Earth and Fire.